Inter have had a great season, so far.

Antonio Conte’s side sit second in Serie A and look genuinely capable of dethroning Juventus as Italian champions. The 17-year-old joined Inter from Sochaux for roughly €4m and has already made his debut for the senior side in a 1-1 draw with Fiorentina in Serie A.

However, this is the year that Agoumé is primed to breakthrough onto the global stage with Conte putting more faith in the France youth international. He is a classy, ball-playing central midfielder who is capable of dictating games from the centre of the park.

Given more game time in 2020, there is no reason why the youngster could become a permanent feature in this Inter side throughout the year. Fonseca actually started his youth career with main rivals AC Milan before Inter were able to snatch him away at the age of 15.

He hasn’t looked back since and is starring for the Primavera side this season. The 18-year-old has bagged a total of 10 goals in all competitions including four in the UEFA Youth League proving he is capable of scoring goals on the continent.

Lukaku and Martínez currently lead the way for this Inter side – but it means that the likes of Fonseca can learn from some of the best in the game. 2002. Let that sink in. Esposito was born in 2002. He’s 17 years old and has just scored his first Serie A goal for Inter Milan after ?Lukaku let him take a penalty in Inter’s 4-0 win over Genoa.

He was just 16 when he made his debut for Inter in the Europa League against Eintracht Frankfurt last March. He hasn’t had much game time due to the form of Lukaku and Martinez but the teenager has got the appetite for goals there could be no stopping him.

Also, if you are to believe the rumours that Martinez might be on his way out in the summer then Esposito could become ever more prominent throughout 2020. 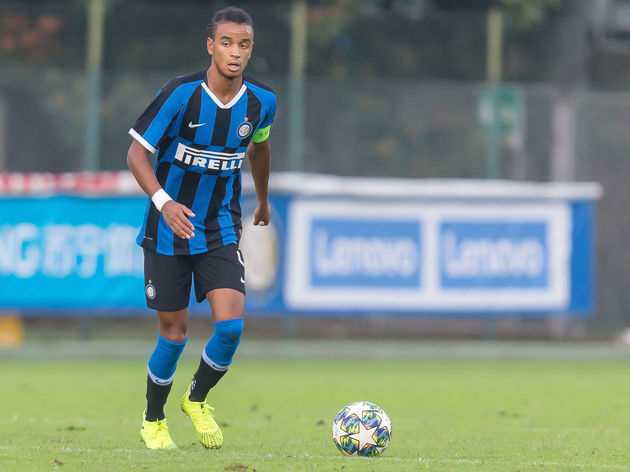 Thomas Schirò might well be the most talented youngster that you’ve never heard of. The 19-year-old is a main feature of Inter’s Primavera team and it is easy to understand why.

From central midfield, he has bagged himself six goals in 12 games adding another assist to that during the season. He has also appeared four times for Italy’s Under-19 team.

While the likes of Esposito and Agoumé are already making their mark on this Inter side, Schirò is one that could fly under the radar a bit. But in 2020, this Italian is primed to breakthrough. Pirola could quite be the next Italian centre back to break through in Serie A. At only 17 too, he is showing the potential to become a world-class defender.

The Italian has featured in 14 games for Inter’s youth side this season impressing throughout. Capable of finding a killer through ball from defence but also making important challenges, Pirola has all the ingredients to become the next in a long line of brilliant Italian centre backs.