It’s week 12 of Top European Football and the Definitive European Player Power Rankings, and we would like to pay tribute to Son Heung-min, the clear and obvious victim of Sunday’s nasty scenes. But there wasn’t room in here for him to get an actual place, so sod it.

We’re running on The Office this week – the BBC version for players, and the much more drawn-out US version for teams on Friday. Then you can fight on the internet about which is better, which is how that conversation usually goes?

Let’s get into it. He’s in his 30s and back in club football though, signing a deal to feature for West Brom for the rest of the season. Welcome back, GazBaz. “Oh yeah, they’re sad little men. He’s thrown a kettle over a pub, what have you done?”

Back to back clean sheets away from home, a goal against ?Crystal Palace, three umlauts in his surname alone, looks like Lord Farquaad out of Shrek.

What have you done? “Put…’David Brent is refreshingly laid back, for a man with such responsibility.'”

Memphis has got a lot on his shoulders (including that massive lion (the animal not the chocolate bar) tattoo all over his back), but the man’s laid back in Lyon.

He scored twice on the weekend in a 3-2 win away at Toulouse, including a 94th minute winner. That’s six in four if you include his two goals for the Netherlands (see, responsibility!) and seven in six. Good thing United let him go, imagine if they were lumbered with an exciting, creative goalscorer.

“I suppose I’ve created an atmosphere where I’m a friend first and a boss second. Probably an entertainer third.”

Never mind that guff. Chimy Avila is an entertainer first, an entertainer second and definitely an entertainer third. He scored two goal of the season contenders last season and, while his goal in Osasuna’s 4-2 win over Alaves on Sunday wasn’t quite in that class, it was still a half-volley from outside the box.

Chimy doesn’t score bad goals. He gets bad tattoos on his thighs instead. Then uses those thighs to score great goals. “I couldn’t do what…actually, I could do what they do, and I think they knew it back then. Probably what spurred them on.”

Frenkie de Jong, Matthijs de Ligt, both of them gone from Ajax to pastures new this summer. Hakim Ziyech doesn’t mind – they couldn’t do what he does, but he then couldn’t…well, he could do what they do. Score goals. Set up goals. Defend. The lot. Of course, he’s not Dutch like them, but you shouldn’t punish anyone for leaving Ajax. Dutch or otherwise.

He’s got a goal and five assists in his last five Eredivisie games, y’know. “So my motto would be ‘Be careful because there’s always somebody ready to step into your shoes and do your job better than you do it.'”

Hey, remember when ?N’Golo Kante was the darling of west London, the man who was going to anchor the midfield for Antonio Con—-Maurizio Sar—-Frank Lampard’s Chelsea for years?

One little shift of position later, one manager who fancies someone else a little bit more than you, one niggling injury at the wrong time, and…well, there’s always someone ready to step into your boots. Nice boots. You can still find ’em. “You know that old thing, live fast, die young? Not my way. Live fast, sure, live too bloody fast sometimes, but die young? Die old. That’s the way – not orthodox, I don’t live by ‘the rules’ you know.”

Jamie Vardy doesn’t live by ‘the rules’. He runs fast, sure – too bloody fast, sometimes. But he’s coming up on his 33rd birthday and leading the Premier League’s scoring charts. He’s not dying young. He came up through an unorthodox career path. He scores bucketloads of goals against the teams you aren’t supposed to score against.

He scored again on the weekend (only against Palace, shame) to take his record to seven goals in his last five games, or nine from eight.

Of course, sometimes ‘the rules’ are there for a reason. Remember the racism incident in 2015? We do. “In a war situation, if you want your platoon to go over the top with you to certain death, it’s no good saying to them, ‘Please come with me lads, I’ll tell you a joke.’ It’s a direct order, ‘Come with me.’ And they’ll go, ‘Yes, he’s got good leadership skills, let’s all go with him to our certain death.'”

Dunno, really. Chris Smalling’s playing properly well for Roma though – a goal and a clean sheet on Wednesday night, then a solid outing in a 2-1 win over Napoli on the weekend. G’wan Smalldini. 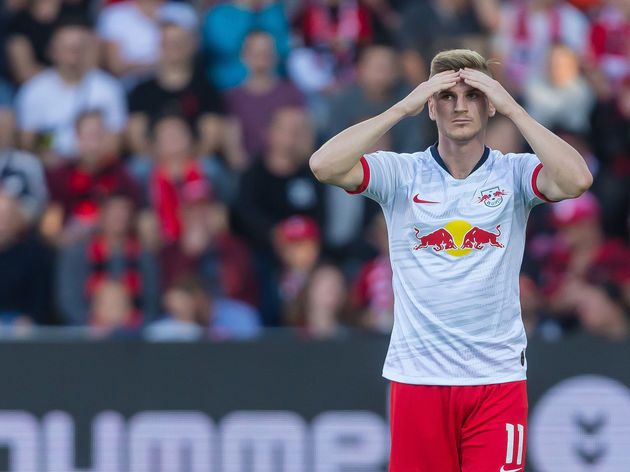 “I was just wondering whether there will ever be a boy born who can swim faster than a shark.”

Timo Werner probably can’t swim faster than a shark, but he can run faster than most footballers and that’ll do us for now. You know he clocked an 11.11sec 100m time a few years back? Turbo Timo, they called him.

Turbo Timo scored a hat-trick of goals AND got a hat-trick of assists this weekend which is – by any metric – really good. Scored two against Wolfsburg in midweek, too. That’s form. “I think it was John Lennon who said ‘Life is what happens when you’re making other plans.’ And that’s how I feel. Although he also said ‘I am the walrus. I am the eggman.’ So I don’t know what to believe.”

Two moments of magic to take the Reds past Aston Villa on Saturday? Move over hippy, Liverpool has a new hero. “I don’t look upon this like it’s the end, I look upon it like it’s moving on you know. It’s almost like my work here’s done. I can’t imagine Jesus going, ‘Oh, I’ve told a few people in Bethlehem I’m the son of God, can I just stay here with Mum and Dad now?’ No. You gotta move on. You gotta spread the word. You gotta go to Nazareth, please. And that’s, very much like…me.”

Kylian ‘Please Don’t Sing That Hanson Song’ Mbappe scored his seventh goal in four games on Friday night, but PSG lost to Dijon anyway. Dijon, in case you haven’t been following the French league, were dead last coming into the match.

Kylian Mbappe’s going to be moving on after performing miracles at a young age. Just like, y’know, that other bloke. “Now guys, we’re about to enter a warehouse environment, now I must warn you that some of the people in here will be working class, so there may be arse cleavage. So just find a partner, hold hands. Don’t talk to anyone though.”

Lazio fans traditionally draw their support from the more affluent areas of Rome, see. Had to partner up. They went to Milan on Sunday and won 2-1, and Ciro Immobile scored for the third time in a week.

He got two of four against Torino in midweek, too. 13 goals in 11 games (ten starts) this season. He’s really, really good. Poo. The quote is about pooing on things and being pooed on. Christian Pulisic has been pooed on a lot this season; by Chelsea fans who wrote him off within weeks, by the media, by proxy when he was left out of Frank Lampard’s starting lineups.

Now he’s the pooing pigeon, taking unexpected dumps of indeterminate colours all over Chelsea’s opponents. Made the difference in front of goal for the second week in a row, the goddamn American hero. “Simply, as the man who put a smile on the face of all who he met.”

Romelu Lukaku is putting a smile on Inter fans’ faces this season, scoring six goals in his last four league games to single-handedly earn I Nerazzurri nine points out of a possible 12. Seriously, without his goals they’d have lost three and drawn one. They won three and drew one instead.

But you know what’s more important than that? Lukaku has a smile back on his own face. “You’re still thinking about the bad news, aren’t you?”

The bad news is that Bayern lost 5-1 at Eintracht Frankfurt on Saturday, getting manager Niko Kovac the sack with the reigning German champions sat down in fourth place in the league.

The good news is that Robert Lewandowski has started 14 games for Bayern this season across the Bundesliga, Champions League and DFB-Pokal, and has scored in all 14 of them – adding his 21st goal of the season on Saturday afternoon.

You’re still thinking about the bad news, aren’t you?