?Following a week in which:

– Liverpool EXTENDED their lead at the top of the Premier League to 19 points.

– AC Milan EXTENDED their winning streak to five games in all competitions.

– Benfica EXTENDED their away winning streak to a nine league games.

We, using quotes from a 90min favourite ‘Barry’ (if you haven’t watched it – WATCH IT), rank the  15 best teams in Europe. “I know you’re wearing a wig!”

“The shirt’s mine, though.”

I know what you’re thinking.

You’re thinking: what the f**k are AC Milan doing here?

For the most part, AC Milan have been fairly terrible this season (yes I know that’s a massive understatement), but in recent weeks I Rossoneri have started to win games again.

They’ve now won five on the bounce and are in contention for Europa League qualification. “A little story to illustrate: I was doing Long Day’s Journey into Night at the Pasadena Playhouse with a bunch of coke heads. It’s usually about a three-hour play. We could bring it in at just under thirty-seven minutes. We thought we were great! Apparently, we were unintelligible. It was the beginning of the bad years, Barry.”

After losing their first three league games of the year, it seemed that 2020 was set to be the beginning of the bad years for SSC Napoli.

But then they beat Juventus.

And things are looking up for Napoli, who look to have finally found their feet under Gennaro Gattuso. 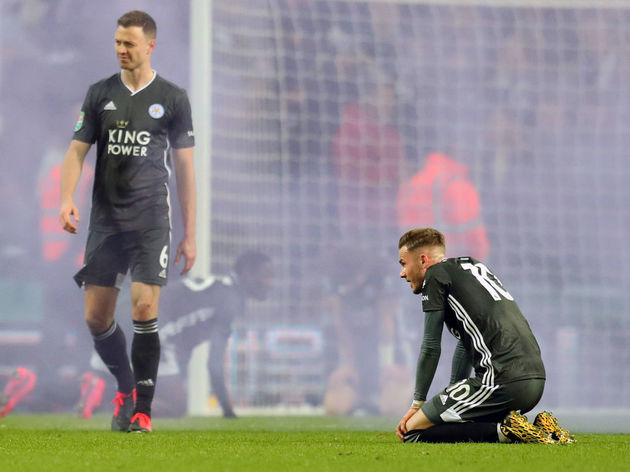 Leicester City: that was a bad defeat.

Big Brendy Baps’ team had an incredible opportunity to book a place in a Wembley final in midweek against one of the worst teams in the Premier League, but they didn’t. They bottled it. They lost to Aston Villa. Who are sh*t. Erling Haaland is a ?badddddd mannnnnnnn. “I could drop kick you in the middle of the restaurant. Everyone would applaud and then I’d beat the f**k out of you.”

Benfica drop kicked Braga on 1 September, and since then, Bruno Lage’s men have proceeded to beat the f**k out of every team in Portugal. Last week, we urged RB Leipzig to ‘keep it moving’; to ‘keep up the good work.’ And they clearly didn’t listen.

Instead, they succumbed to a 2-0 defeat in Frankfurt.

Instead, they let their lead slip to just one point at the top of the Bundesliga. “All I want is to take this class.”

“Well, you have ten seconds to make me believe that, f**ko, or you’re never gonna see the inside of this class again! And…action!”

Inter, say it with me:

C’mon, say it with more conviction! You haven’t won a trophy in *checks Days Since Inter Won a Trophy* 3169 days. You need this – you…

Now, you’ve just signed Christian Eriksen, qualified for the Coppa Italia semi finals and cut Juventus’ lead at the top of the Serie A to three points. Your time is now; seize it. “I super-glued my hands to the steering wheel.”

Cristiano Ronaldo is putting numbers on the board – he’s scored eight in his last eight – but in order to do so, he’s negated the rest of the offensive unit.

This was the argument Max Cooper made recently for 90min (check it out here), and it was wholly evident in Juve’s stodgy performance away at Lazio, when Ronaldo scored as per, but La Vecchia Signora played terribly. 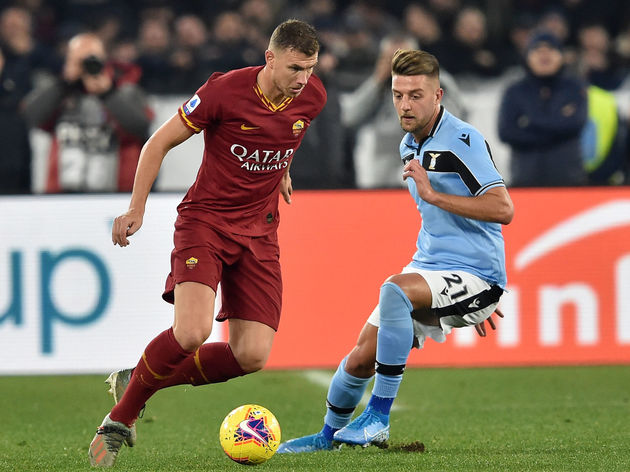 The Derby della Capitale was Lazio’s audition for a role in the Serie A title race.

It didn’t go exactly to plan – thanks in large part to Thomas Strakosha – but it wasn’t a complete disaster either.

They’ll probably get a call-back, but don’t expect them to challenge Juventus and Inter for a starring role anytime soon. And it wasn’t just any 7-0 either, it was a 7-0 which included a halfway line goal courtesy of Josip Illicic. Nice one. Through to the Champions League round of 16? Check.

Through to the French Cup quarter finals? Check. “Like a good leader, I’m gonna get us some Ubers.”

During Zinedine Zidane’s brief hiatus, Real Madrid nearly died. They went through two managers in the space of about a week (roughly), lost 5-1 to Barcelona at Camp Nou, were knocked out of the Champions League early and every single one of their superstar players basically lost the ability to play football.

Now that he’s back, Real Madrid are at the peak of their powers once again. This past week alone they went top of La Liga and waltzed into the latter stages of the Copa del Rey. “The only word I want in your fucking head: ‘kill’.”

I have to say, it is a bit tiresome praising Liverpool once a week in the Definitive European Power Rankings, but they just won’t stop winning.