?It’s fair to say it has been anything but smooth sailing for Alexis Sanchez since he finalised his move away from Arsenal to join Manchester United just over a year ago. The Chilean has been plagued with injuries but primarily affected by severe lack of form, totalling mirroring the sublime displays he put in for the Gunners that prompted a European bidding war for the former Barcelona man.

Since being part of the swap deal that saw Henrikh Mkhitaryan move the other way midway through last season, Sanchez has accrued only five goals in 41 appearances across all competitions. Such a poor return for a player once billed among the best in Europe has prompted talk of a summer exit from Old Trafford, with a number of candidates surely willing to take a punt.

While a permanent switch is surely out of the question – mostly due to the Chilean’s astronomical near 400k-a-week wages – a loan deal would more likely satisfy all parties involved, as Ole Gunnar Solskjaer and the United faithful would be keen to see a return on their once highly rated star.

As a result, here are seven potential destinations for Sanchez to move to this summer. 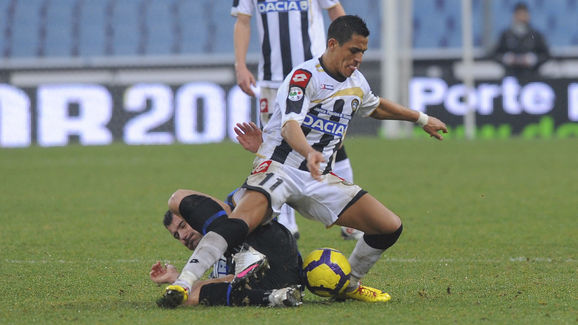 Inter are a club aiming to become one of the biggest in Europe once again, having found themselves falling behind Serie A big boys Juventus and Napoli in recent years. Such a rebuilding process started in the summer when they invested heavily in the likes of Radja Nainggolan, Steven de Vrij, Sime Vrsaljko, Lautaro Martinez, Keita Balde Diao, and Kwadwo Asamoah.

Notably, the future of star winger Ivan Perisic continues to be up in the air and Sanchez could fit the bill replace the Croatian. Sanchez previously has Serie A experience, having turned out for Udinese for three seasons before his move to Barcelona.

In a list of fairly unlikely escape routes, this one has the air of possibility surrounding it. Granted it will be a step down for the man dubbed ‘the squirrel’ during his younger days, he certainly shouldn’t have any issues stepping straight into the first team in south France.

The former Ligue 1 champions have endured a challenging season thus far, sacking manager Leonardo Jardim and replacing him with Arsenal legend Thierry Henry, only to go and, well, sack him and replace him with Jardim…again.

Should the French club stay up this season then a huge restructuring of the squad would be in order to return them to their former glory, however, would that be with Sanchez? It’s highly doubtful. It may well come to fruition for Sanchez, who will remember Bayern very vividly having been sent to the cleaners by the German side during his time at Arsenal. It’s no secret that Niko Kovac’s side are in need of wingers, with duo Franck Ribery and Arjen Robben set to call time on their spells in Bavaria at the end of the season.

It’s a destination that would surely suit the Chilean, with Die Roten challenging on all fronts, not to mention Munich having the rather lovely English Gardens where he could take his pooches for a stroll. There is even the chance that, should Arsenal sneak top four, he could (would) be drawn against his former employers, as is apparent Champions League tradition. The (not so new) man has come in and supposedly been granted a £300m war chest to go on a summer splurge with at the end of the season. With that in mind, Zinedine Zidane would surely love to have a fit and firing Sanchez in his side, not mainly due to the vast number of misfiring stars he has (re) inherited.

Certainly, there will a grudge amongst Real Madrid supporters given that Sanchez played for arch rivals Barcelona for three years, however, with all in white firmly aboard the ‘Gareth Bale out train’ then Sanchez could definitely fit the bill as an potential replacement. Furthermore, the money Zidane reportedly has in question could even tempt United into a permanent deal. Despite appearing to be having something of a minor Ashley Cole moment in the picture above, Sanchez did indeed start the match in which United pulled off a shock 2-1 victory at the Allianz Stadium.

That result in Italy was one of the few highlights of Sanchez’s season to date, however, could Juventus be interested in bringing the Chilean to Turin to replace to potential departure of Douglas Costa? The Old Lady have a wealth of talent as they are and it seems vastly unlikely they could be set to make a move for the 30-year-old. But, hey, you never know. 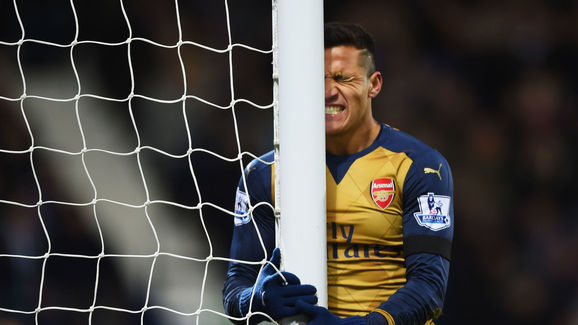 A summer transfer budget of only £40m to spend? Eager to make shrewd signings that people didn’t think of? In need of wide players?

That bridge was scorched to pieces and buried deep under ground some time ago. Ask an Arsenal fan, the fractured relationship he finished up with the supporters is a scar no amount of time or strong liquor will heal. 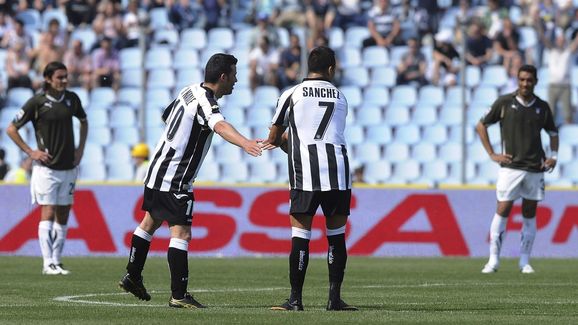 Sanchez made the switch to Udinese from River Plate in 2008 and spent three seasons in Serie A with the club, scoring 12 goals in his final season to prompt Barcelona to part with €26m in 2011.

Football fans around the globe drooled over his partnership with the legendary Antonio Di Natale in the 2010/11 season. That campaign, they tallied 39 goals between them, just two shy of the 2007/08 season record held by the David Trezeguet and Alessandro Del Piero combination at Juventus.

It would prove a fairytale move should Udinese bring their man back, while in equally likely circumstances Di Natale could come out of retirement and the pair could reenact a Men in Black (and white) moment one last time.