Inter boss Antonio Conte has revealed that Alexis Sanchez is simply not ready to start for the club, and that he will not kowtow to individuals.

Sanchez has made just one appearance for the Nerazzurri, from the bench against old club Udinese in their Serie A opener, and has not been seen since. 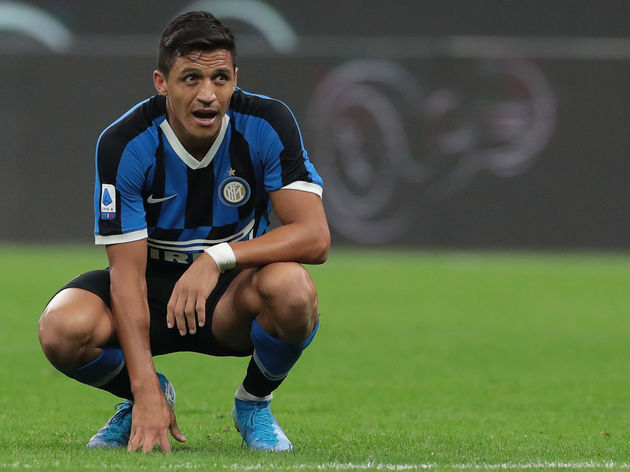 And, when asked about his stance on the Chilean by the press ahead of the league clash against Lazio on Wednesday night, as quoted by Sky Sports, Conte explained: “For him, it is worth the words I give for everyone else.

“When I see ready players, they will be inserted [into the starting line-up]. I have to work in the interest of Inter, not of individuals.”

Of course, with Inter sitting atop Serie A with maximum points, this is a competitive starting XI we’re talking about, and a lot of that is down to the fantastic starts made by Sanchez’s fellow summer recruits, especially his former teammate at Manchester United.

Asked about the Belgian, who has notched three goals in his first four league games, Conte replied: “Of [Romelu] Lukaku, I have said far and wide what I think, it seems to me superfluous to repeat it again.”

And so, instead, he chose to highlight the impact of midfielders like Nicolo Barella and Stefano Sensi (both of whom have made appearances in 90min‘s Definitive European Player Power Rankings this season).

The Italian tactician explained: “For the midfielders, on the other hand, I am happy. Beyond those who score, the more arrows we have available to our bow, the better.

“But even in the past, this is a department that has always played a fairly important and decisive role in my teams.

“When you start a new project, the hope is that it is long and lasting. The more you stay in a club, the more it means that your ideas are being assimilated.”