Antonio Conte’s side were staring down the barrel of an opening-game defeat to group F whipping boys Slavia Prague, only for I Nerazzurri to snatch a late equaliser ahead of their meeting with Spanish giants Barcelona.

Barça themselves escaped from Germany with a valuable point, as Borussia Dortmund missed a penalty and a whole host of chances to send the Spaniards home empty-handed. A nice little rivalry has developed between the Italian and Spanish sides since a certain Jose Mourinho made it his life’s work to destroy the Catalan club at every possible moment.

I Nerazzurri knocked out Barca in dramatic fashion in Inter’s incredible run to Champions League success in 2010, and although the two sides have rarely met since, both will be out for revenge.

So, thanks to our friends at ?Opta, we’ve put together a few facts and stats to impress your mates ahead of tonight’s clash of the titans.

We gave a little mention to Inter’s 2010 success earlier, winning a famous treble under The Special One?. Well, that 3-1 victory against ?Barcelona at San Siro is in fact the only Nerazzurri victory over the Spanish side in their previous nine meetings. Los Cules have won four of the contests, whilst drawing the other four, meaning Inter have their work cut out if they’re to buck this trend on Wednesday evening.

Don’t forget to show your pals the video of Mourinho running through the sprinklers on the Camp Nou turf.

Ah, Jose. You really were The Special One.

If you ?Inter fans are hoping for a more reassuring statistic to calm the nerves, you might want to look away now. I ?Messi is pretty good at football isn’t he? Well, he seems to have a real affinity for playing against Italian sides. The magic man has been directly involved in 15 goals in his last 17 Champions League appearances against Italian teams, bagging 12 goals and laying on three assists. 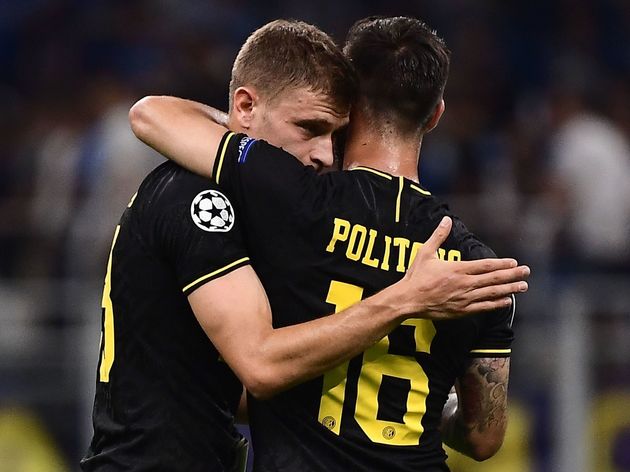 Barella is looking to become only the fourth Italian player to score in consecutive UEFA Champions League appearances for the club, after Roberto Baggio (1998), Christian Vieri (2003) and Giampaolo Pazzini (2011).

This next statistic may put a pin in those hopes, however. Bored-celona? I’ll get my coat.

Let’s end with a stat to fire up those Inter boys. ?