Inter grabbed a last-gasp victory at Bologna on Saturday night, as Romelu Lukaku scored a late penalty to maintain his side’s title ambitions.

The first half belonged to Inter but, despite creating a number of clear-cut chances and having two goals disallowed, Antonio Conte’s side had to settle with parity at the break. Bologna came out with plenty of fight in the second half, and the hosts took the lead just before the hour mark, Roberto Soriano firing home from the edge of the box beyond a despairing Samir Handanovic.

Inter struggled to break down a stubborn Bologna defence, but Lukaku levelled the scores with 15 minutes to play, tucking the ball away from close range following a brilliant save to deny Martinez.

With time running out, Martinez earned the visitors an injury-time penalty, and Lukaku dispatched the pressured spot kick to temporarily send Inter to the summit of Serie A.

A wonderful strike partnership is developing at Inter, and it’s fantastic to witness. ?Lukaku and Martinez are two very different strikers, but they compliment each other perfectly. Martinez has a habit of improving the game of those around him, and his Belgian strike partner is certainly benefiting from this budding relationship. 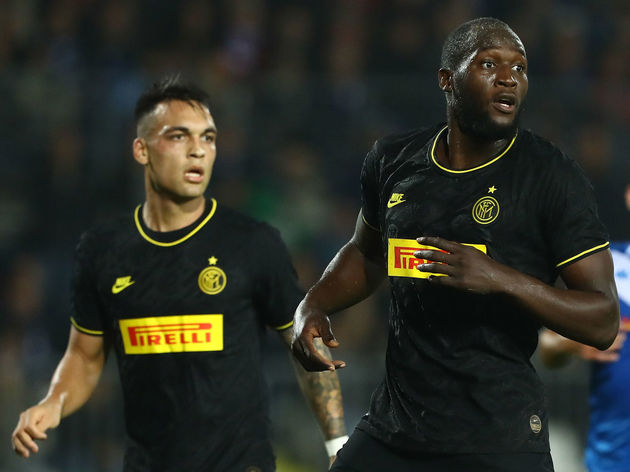 Both strikers had goals ruled out, and the Argentine star’s disallowed goal came off the back of a lovely through ball by Lukaku. The ?ex-Manchester United man did find the net in the second half, once again profiting from Martinez’s excellent work, who forced the Bologna keeper into a smart stop, but only to push the ball into Lukaku’s path, and then earning the late spot kick.

As time passes, the pair will form a formidable understanding, and the rest of Serie A will not want to face the dynamic duo one bit.

STAR MAN – Although ?Inter were very below par on Saturday night, caused Bologna follow up their tough evening against Inter with a trip to struggling Sassuolo on Friday night, as Sinisa

Champions League, and then Conte’s men host Hellas Verona in what should be a comfortable game at San Siro.