The 28-year-old has been out injured with a calf problem recently and therefore was not involved in Southampton’s embarrassing 9-0 defeat at home to Leicester City in October.

He is set to return for Saturday’s home game against Everton though and his experience will be vital for the Saints – with the right-back having played 107 times for the club in the ?Premier League since 2015, as well as being an important part of the Portugal squad that won the European Championships in 2016.

However, it seems this season may well be his last at St Mary’s with his contract set to expire in the summer and the draw of a new opportunity too strong to resist. 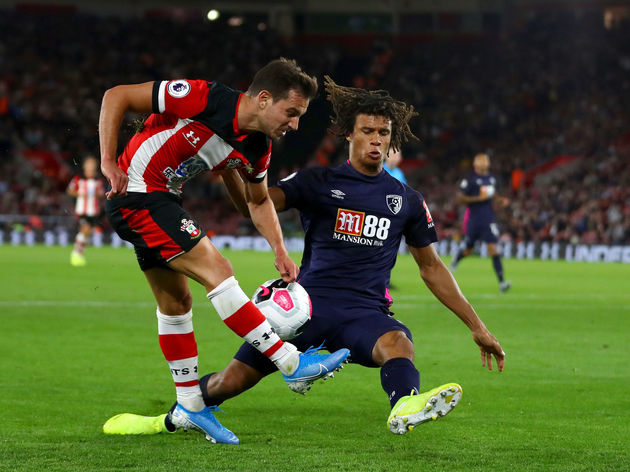 “I have just this season left. Everyone wants to know about their future, but I try not to focus too much about it because if you are doing your job and doing it properly you don’t need to worry about this. This is something for your agent,” Soares told ?the Telegraph.

“Obviously Southampton is very important in my career and always will be. But right now, after this season I think I am going to make another step and see what is the best for me.

“It’s a great opportunity and it’s something (being out-of-contract) that maybe happens once in your life for a player.

“But the most important in football is what happens today. What I always say to people is ‘football is moments’. Tomorrow you don’t know. It’s football. It can change [snaps his fingers] in the last moment. Football is unpredictable. It’s what makes the game exciting.”

Soares also spoke of the importance he felt in building the confidence of the squad up again after that Leicester drubbing, given his experience in the game. “We spoke between us, we came together as a group and said ‘sometimes it is better it happened now because there is time to react’,” he said.

“Obviously nobody wants it to happen. But it happened and we have time to go from here. It’s a wake-up call. Come on boys, it’s up to us to do better and it’s also our careers. I think the group has this in their heads. You have to step up.”

While the defender – who was on loan with ?Inter last season – is therefore clearly doing his best off the pitch to help Southampton climb out of the relegation zone, on it, he does believe that this year will be his last at the club. Out of contract in the summer, he is reportedly wanted by a host of clubs meaning a change in his career path does make sense. It looks like the Portuguese’s future lays elsewhere then, but it is clear he is dedicated to the cause down on the south coast and will be eager to help his side record a much-needed victory on Saturday against Everton.