?Europe’s elite competition returns this week and when the group stage draw was made at the end of last month, there was one group that had us all rather excited: Group F.

Barca will be welcoming back Lionel Messi for their group-stage opener against Dortmund, who currently sit second in the Bundesliga and behold one of the most exciting young squads in the continent.

Antonio Conte’s Inter have also started the season well, winning all three of their games and conceding just once in the process. They sit atop of Serie A and look to be a real threat to Juventus’ crown this season. 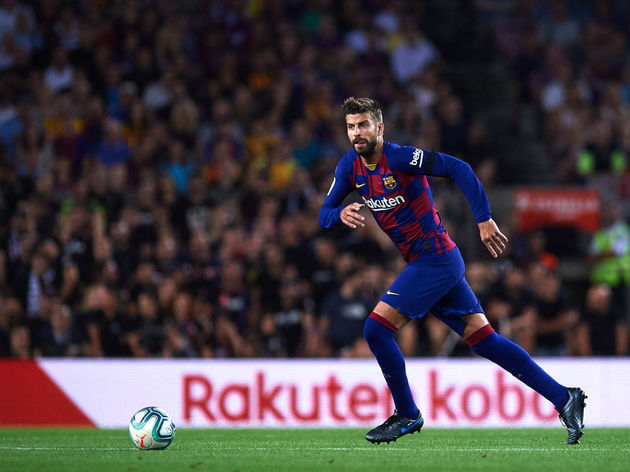 Marc-Andre ter Stegen (GK): Fantastic shot-stopper and one of the best with the ball at his feet. Incredibly unlucky to not have more Germany caps to his name than he currently does.

Nelson Semedo (RB): This was a tricky one but Semedo gets the nod over the young Achraf Hakimi. Semedo is incredibly athletic and has cemented himself as Valverde’s first-choice right-back. He would be in the conversation for one of the best in the world if he developed the attacking side of his game.

Gerard Pique (CB): He’s been elite for a decade and still is, so a no brainer really. Next.

Milan Skriniar (CB): Gets in over an ageing Diego Godin. Skriniar has developed into one of Europe’s highest rated centre-backs and will be key for Antonio Conte this season. The Slovakian is strong, dominant in the air and is comfortable in possession. A complete centre-half. Axel Witsel (CDM): Undoubtedly the hardest position to pick with so much talent to choose from between three European giants (sorry Slavia). For Inter, Stefano Sensi has started the season brilliantly whilst Nicolo Barella has impressed every time he’s represented the national side. Barca’s Arthur, who is an incredible ball-retainer, and Sergio Busquets (read Pique) could’ve easily got into this side, but Witsel gets the nod. The Belgian is pivotal in Lucien Favre’s 4-2-3-1, breaking up attacks and then getting his team moving in the other direction with his slick passing. He’s the midfield presence needed in this side.

Frenkie de Jong (CDM): Last season’s UEFA Midfielder of the Year partners Witsel in the double-pivot. Fantastic breaker of lines with the ball at his feet and is certainly underrated defensively. He’s already considered one of the best central-midfield players in the world at just 22 years of age. Jadon Sancho (RW): Arguably the hottest prospect in world football at the moment. Sancho’s electric pace and eye for a pass make him a nightmare for opposing left-backs. The 19-year-old burst onto the scene last season with 29 goals and assists in 34 Bundesliga games and he looks to be carrying on his form this season, already notching up six goals and assists in the league.

Paco Alcacer (ST): Despite Romelu Lukaku starting brightly at Inter and the elite Luis Suarez returning from injury, Alcacer is arguably Europe’s most in-form striker at the moment so it’s difficult not to pick him. Seven goals already this season to go with the 19 he registered last term show the quality the Spaniard has in front of goal.

Antoine Griezmann (LW): Playing out of position, but we’d still take him over Dortmund’s Julian Brandt or Inter’s Kwadwo Asamoah. Griezmann has built a reputation for being one of the finest second-strikers in Europe over the past few years and has impressed playing centrally for Barca this season. However, when Luis Suarez and the ‘GOAT’ return, he will likely be forced out to the left.