?Christian Eriksen is believed to want to depart Tottenham as soon as possible, with the Danish midfielder favouring a move in the January transfer window.

Eriksen’s contract at the Tottenham Hotspur Stadium expires in the summer, and the 27-year-old has refused to sign a new deal.

Due to the uncertainty surrounding his future, the Danish midfielder has been in and out of the team this season, starting just eight matches in the Premier League. 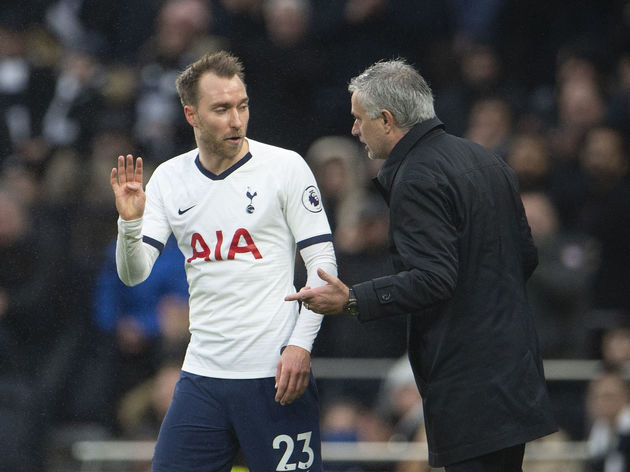 His contract situation does not appear to have changed since the arrival of José Mourinho, and the ?Tottenham manager has used Eriksen sparingly since taking charge.

Having failed to secure a move away in the summer, it was believed that ?Eriksen would see out the remainder of his contract in north London before leaving on a free transfer at the end of the season.

However, according to a report in ?The Athletic, Tottenham have been informed that Eriksen wishes to leave the club once the January transfer window opens.

This could suit Tottenham, as it will enable them to cash in on a player who has not quite been at his brilliant best this season, instead of allowing him to leave for nothing.

Numerous top European clubs have been linked with a move for the creative midfielder, who moved to Tottenham from Ajax in 2013 for just £11m.

Manchester United were thought to be very keen on ?landing Eriksen when his contract runs out this summer, but according to a report in the ?Express, the Red Devils could make a January bid for the midfielder instead.

Eriksen, who has three goals and three assists this season, was reportedly keen on a switch to Real Madrid last summer, but the move failed to materialise.

However, Inter Milan have recently emerged as one of the frontrunners to land the attacking midfielder in January, while Juventus and PSG have also been been linked.