?David Beckham is hopeful of appointing Patrick Vieira as Inter Miami’s first ever head coach, as his newly formed franchise prepare for their first season in MLS.

The former Arsenal captain started off his managerial career with a three year stint at New York City FC in November 2015, successfully improving the Bronx Blues overall MLS standing from 17th to second between 2015 and 2017, before moving to Nice in 2018 where he currently manages.

Inter Miami, which is co-owned by Beckham, have been identifying potential candidates to manage the club in their first ever MLS season with the likes of Belgium’s Roberto Martinez and River Plates Marcelo Gallardo amongst the names being considered. 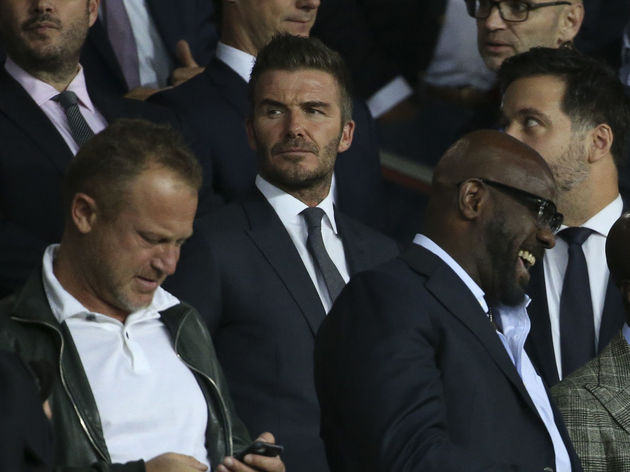 However, ?The Telegraph claim that Vieira is Inter Miami’s ambitious choice of manager and are open to offering a compensation package to Nice in an attempt to lure the 43-year-old away from the Ligue 1 side.

Furthermore, the same report explains that Vieira has gone so far as to meet with the Nice board about the possibility of an early departure from the south east club.

Earlier this year, Vieira admitted he was hugely ambitious about his future career in management, saying: “Since I was in Manchester City I had a clear idea about the next step for me. Moving from City to New York in the MLS and then coming back to the French league was the right decision.

?ArsenalAC Milan?Inter?Juventus?Manchester City during his lengthy career at the highest level. completion next year, and look to have their eyes on a huge managerial prize before they commence life in MLS next March.