Inter’s attempts to sign Romelu Lukaku are driving us all mad, right?

They don’t appear to have the money to sign him, nor do Manchester United have much of an interest in parting on the cheap.

As it goes, the Nerazzurri have spent much of their summer barking up the wrong tree as the ideal replacement for Mauro Icardi is only 50km to the north-east of Milan – and comes in the form of Atalanta’s Duvan Zapata. 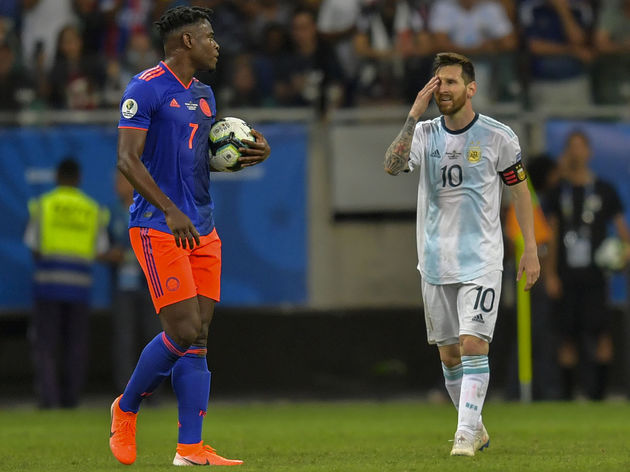 Zapata was instrumental for Atalanta last season, hitting 23 goals in Serie A as the Bergamo club shocked everyone by finishing 3rd in Serie A – qualifying for the Champions League in the process.

He followed up his excellent domestic season by performing well for Colombia in the Copa América, where his goal finished off Argentina in the opening match.

Whilst Lukaku is a star name with a big reputation, which is exactly the kind of player that ?Inter are looking for to spear-head their new era under Antonio Conte, he’s not necess

First and foremost there’s the price-tag. It’s easy to forget in today’s market, but

aspect, Zapata reigned supreme last season. Obviously there were other factors to be taken into consideration for Icardi’s drop in performance, but Zapata undeniably outplayed him and would, if the Nerazzurri were to pursue him as an alternative to #Lukaku, be a quality addition.

Atalanta would obviously fight to keep Zapata at the Stadio Atleti Azzurri D’Italia, but with the player’s contract running out at the end of the season, it doesn’t put them in the best negotiating position.

It’s been suggested that Inter would have to part with €50m to make the move happen, however with the risk of losing their star man for free in 12 months time, it’s conceivable that the price could be up for negotiation.

?Serie A isn’t what it once was, but it is still a tricky league for strikers. When Carlos Tevez was playing for Juventus he was quoted saying that it was the toughest league he’s ever played in and with that in mind it’s important that Inter bring in a player who knows the division.
?
?Zapata has spent six seasons in Serie A and has hit double figures in each of his last three campaigns, all while playing for provincial teams who aren’t always able to create as many chances as the league’s leading sides.

Inter are promising big things this season and they’ve added the talented young midfielder Nicolo Barella to their ranks, who alongside fellow recruit Valentino Lazaro and established names Ivan Perisic and Antonio Candreva, will provide a solid platform for a player like Zapata to shine.

An established striker is a key ingredient to any squad that is serious about challenging for a league title. It’s also important to get value for money and a player who is cheaper and more experienced in the league is the obvious option for Inter to pursue.

Lukaku might sell shirts and gain some social media followers, but Zapata will bring goals and perhaps some silverware – with