?Inter drew 0-0 with Eintracht Frankfurt in the first leg of their Europa League last 16 tie at a decked-out Commerzbank-Arena.

After the hosts pulled out all the stops in the pre-match festivities ahead of their 120th anniversary on Friday, the game started at a frantic pace, with plenty of end-to-end action.

But it was the visitors who were handed the best chance at grabbing the opener, when Lautaro Martinez was adjudged to have been fouled in the area. However, Marcelo Brozovic could not convert the resulting spot kick as Kevin Trapp saved fairly comfortably to his left.

The second half saw Frankfurt grow into the encounter, with Evan N’Dicka actually putting the ball in the net in the 50th minute before it was overruled thanks to Sebastian Haller’s involvement from an offside position.

Moments later, the hosts then had a decent penalty shout of their own turned down by the referee, in what seemed like a similar level of infringement from Danilo D’Ambrosio to the one awarded beforehand. Another tight penalty call followed, as Filip Kostic was brought down on the edge of the box, again in clumsy fashion from D’Ambrosio, but again nothing was awarded. Frankfurt continued to rain down efforts on the Inter goal, the best of the lot coming when the dangerous Kostic whipped in a delivery for an un-marked Martin Hiteregger, who fluffed his lines drastically to nod it well wide.

But ultimately neither side had enough quality in front of goal to make it count and with the scores level, it will be the Milanese side who emerge happier from the encounter.

Check out our full breakdown of the game below.

It wasn’t the greatest of performances from the Nerazzurri, as they struggled to impose themselves after some early pressure, and were fairly lucky to escape with a clean sheet. But the result will undoubtedly be pleasing, amid a raucous atmosphere in Germany. 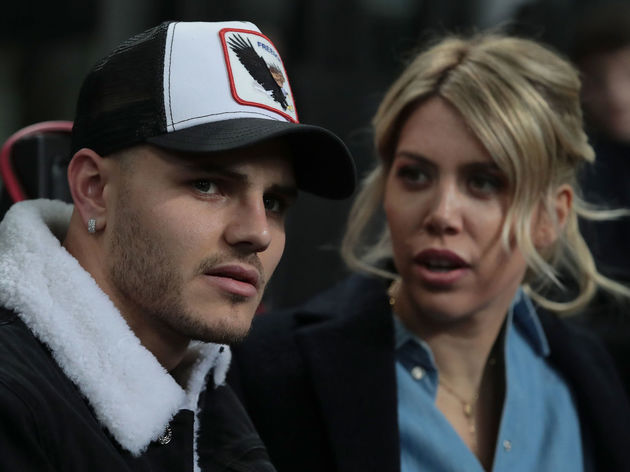 The biggest talking point emerging from the game, apart from the egregious absence of VAR (it’s been a whirlwind 24 hours for the nascent technology), will likely be Lautaro Martinez’s booking, which rules him out of the second leg at San Siro, thus begging the question of a potential ?Mauro Icardi return.

The Argentine hasn’t played since he was stripped of the captain’s armband last month, with an apparent knee injury keeping him out, but the solution to this “inflammation” may well be the unavailability of Martinez. All eyes on you, Mauro.

STAR MAN – This was not a competitive category, let’s get that straight. Samir Handanovic stayed resolute in goal, but his clean sheet was more down to wayward finishing than quality keeping. So, on reflection, you’d probably have to give it to the ever-willing Matteo Politano.

The Italian ran the lines with his usual ferocity, crafting chances when he could – which wasn’t a lot of the time. It’s worth pointing out, though, that no one in white could match the output of Kostic, who looked a danger whenever he ran at the toiling D’Ambrosio.

?Inter will return their focus to domestic fare with a ?Serie A clash against SPAL on Sunday afternoon, before taking on Frankfurt once more in the second leg at San Siro next Thursday.