Eintracht Frankfurt will host Inter in the first leg of their round of 16 Europa League clash on Thursday night.

Frankfurt convincingly swept aside Shakhtar Donetsk in the round of 32 by an aggregate score of 6-3, while Inter crushed Rapid Wien 5-0 on aggregate.

?? Frankfurt v Inter is the only tie involving 2 former winners.

Here is 90min’s preview of the round of 16 clash between Eintracht and Inter.

Frankfurt will be without Timothy Chandler as he remains sidelined with a knee injury sustain during pre-season training. However Gelson Fernandes is expected to return to the squad after recovering from hamstring strain.

Sime Vrsaljko, Keita Balde, and Mauro Icardi are all expected to miss the match in Frankfurt due to respective injuries (supposed injury in Icardi’s case). Vrsajko had knee surgery in January and won’t be expected back until October while Balde suffered a knock and is considered doubtful for the match. The biggest story continues to be Icardi, as he has not featured for the club since he was stripped of his captaincy on 13 February. The club has welcomed the striker back to training, but he has claimed knee inflammation is the reason he is out of the squad. There is no sign of the Icardi drama coming to an end any time soon, so it’s safe to say he will not play in this match.

The two former Europa League winners have surprisingly never squared off in a competitive match in their history.

Frankfurt have a relatively good record against Italian clubs in UEFA competitions, playing 17 matches and winning ten. They have drawn three times and lost four giving them a 59% win percentage against opposition from Italy.

?Inter, on the other hand, have a 48% win percentage against German opposition with 22 wins, eight draws, and 16 losses.

Eintracht are unbeaten in their last fave, winning three and drawing two. In their previous match, they came back from 2-1 down against Hoffenheim to win the match 3-2 in the 96th minute. Inter are in similar form, winning three drawing one and losing one in their previous five matches; however they did suffer a shock defeat to Cagliari at the weekend.

Here is the breakdown of how each side has fared in their previous five matches.

Both squads are in decent form as of late and each will be expecting to be amongst the favourites to win the competition. 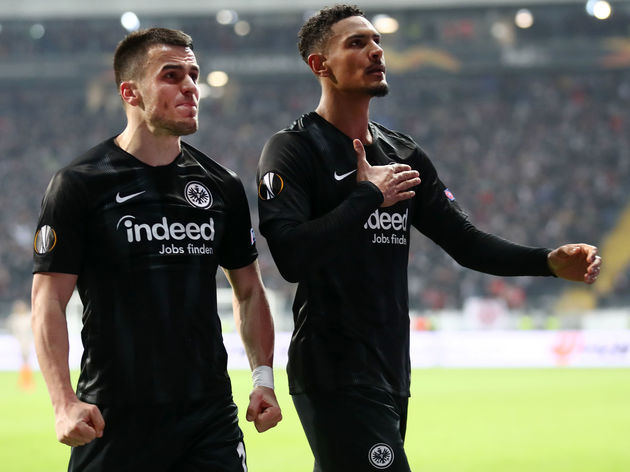 Frankfurt have two in-form goal scorers in Jovic and Haller and they will look to expose the Inter back line as much as possible. Despite missing Icardi, Inter are still filled with star power that can create a spark at any moment.