?Everton will receive £5m from Manchester United if striker Romelu Lukaku leaves the club this summer, with Inter keen on securing a deal for the Belgian.

Lukaku’s agent Federico Pastorello recently a?dmit?ted that the striker could leave Old Trafford this summer in search of a new experience overseas, with Inter thought to be keen on securing a deal for Lukaku as a replacement for Mauro Icardi. 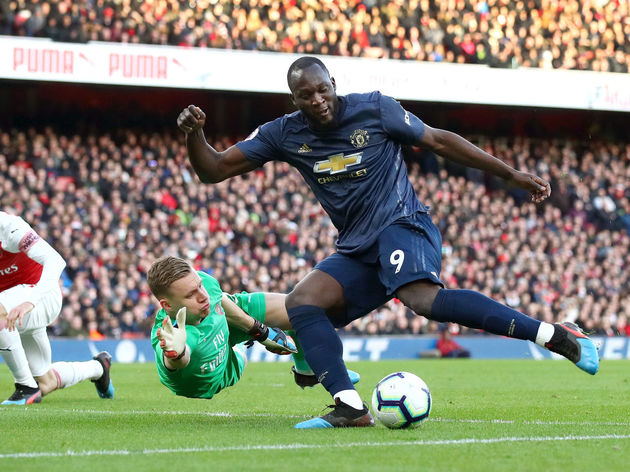 If he does leave ?United this summer, ?The Telegraph claim that ?Everton will net £5m as part of the deal to take ?Lukaku to Old Trafford in 2017.

Everton negotiated a clause in the deal which means that, should Lukaku either leave the club or sign a new contract before the summer of 2022, the Toffees will pick up an extra £5m on top of the initial £75m they received from their sale of the striker.

?Inter are thought to be incredibly eager to sign Lukaku as a signal of their intent to compete with ?Juventus for the ?Serie A title. The Belgian has been touted as a potential replacement for ?Icardi, whose future seems up in the air following a seven-week absence from the team. The Argentine will be out of contract in the summer of 2021, and many reports have suggested that Inter could look to cash in on Icardi soon before his transfer value starts to decrease.

Former ?Chelsea boss Antonio Conte has been lined up as a replacement for Luciano Spalletti, and it is Conte who has encouraged Inter to pursue a deal for Lukaku. The Italian was keen on securing a deal for the striker during his time at Chelsea, but ultimately saw United win the race for his signature.

?Marcus Rashford’s blistering recent form has seen Lukaku’s future come into question, with many suggesting that the Red Devils could look to Rashford to lead the line in the future. However, United are reluctant to part ways with Lukaku, and would need a huge offer to even consider the possibility.

Inter may struggle to meet these demands, whilst Lukaku’s £225,000-a-week wages could also prove to be problematic for the Serie A side.

Nevertheless, Inter will try and negotiate a deal for the 25-year-old as they seek to end Juventus’ eight-year reign of dominance in Italy.