Pre-season is now in full flow, and clubs are looking to get their transfer business done ahead of their respective leagues resuming.

Fans love to hear about the rumours of big-money signings. It shows ambition, and brings excitement that your club can attract the best players.?

Yet it is not all about the most expensive players as there are some absolute bargains to be had elsewhere. And when we say bargains, we mean freebies….players who don’t actually have contracts or any cost attached to them!

Here’s eight such players who could be rather handy and cost you diddly squat.. The Italian forward seems to have been around forever, but he is still only 28. Having moved from club to club across a variety of countries, he is now looking for a new club after his contract with Marseille ended last month.

It would be a gamble to sign Balotelli given his widely-publicised off-field indiscretions. ?Yet he does offer quality on the pitch, scoring eight goals in 15 Ligue 1 appearances for Marseille last season to show that he is far from a spent force. Perhaps a gamble worth taking. He does possess positive attributes though. The way he unsettled Matthijs de Ligt in the Champions League was impressive, ?whilst he also held the ball up well when he got his chance due to Harry Kane picking up an ankle problem. Four league assists last season highlight his ability to bring others in to the game.

He is 34, but pace has never been his strength, so his age should not be a concern. Llorente may still have a couple of good years left in the game. The full back, who has won the Champions League on three occasions, recently captained Brazil to the Copa America title, as they beat Peru 3-1 in the final. This shows that he has plenty still to offer.

The experience that he brings with him after winning trophies in Spain, Italy and France would be invaluable for any side. Expect him to get another big move in the coming weeks. Ben Arfa has had his fair share of issues throughout his career. ?Falling out with managers has become common place, whilst he has struggled with weight problems at times as well.

However, one thing is for certain: he is supremely talented. Fans of the Premier League will remember him dazzling for Newcastle

Last season he scored seven goals and provided two assists in Ligue 1 for Rennes. Now he is seeking a new challenge and he will surely receive an offer before the window shuts. 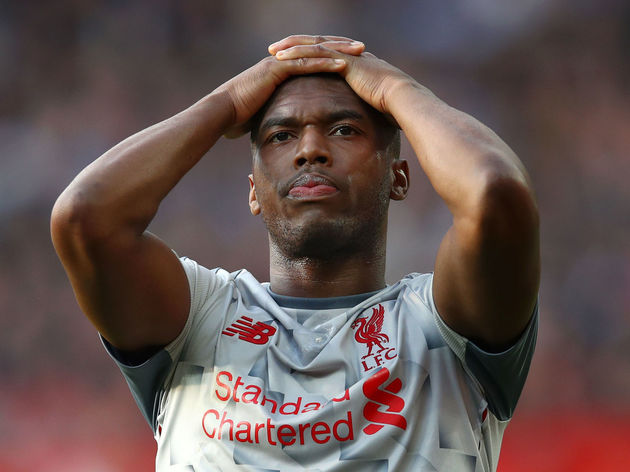 It had all looked so good for Sturridge. He scored 22 Premier League

In the six seasons since, Sturridge has scored just 19 league goals, and has been plagued with injuries. It was no great shock to see him released by Liverpool this summer.

His next career move is crucial. The forward is 29 and needs to hit the ground running when he finds a club. He has proved that he can do it before and will hope that he can produce at the top level again. Cahill endured a nightmare season last year, as Maurizio Sarri cast him aside when he walked through the door at Chelsea.

The England international is a proven winner though, having claimed two Premier League titles and a Champions League trophy

Will his level have dropped that much in one season? That remains to be seen, but Cahill has experience on his side, and will believe that he can get back to his best. He may get the chance to prove it next season. Brahimi impressed at Porto last season, enjoying his highest scoring league campaign with the club, netting ten goals. He also made his mark in the Champions League, as the side reached the quarter-finals before exiting to the eventual winners, Liverpool

After five seasons in Portugal, he is looking for his next move. At the age of 29, it is fair to assume that he is currently at his peak. As he is available on a free, expect someone to snap him up before too long. Chelsea fans may remember Luis, though perhaps not too fondly. The Brazilian left back did not make too much of an impact in his one season at Stamford Bridge, before returning to Atletico Madrid ?in 2015.

That does not make Luis a poor player. He has shown his class for Diego Simeone’s side over the years, helping the team to a La Liga

Now approaching his 34th birthday, Luis is coming towards the end of his career, yet his reading of the game could entice clubs to make a move to acquire his services.