Inter missed the opportunity to strengthen their grip on third place in Serie A as they slipped to a disappointing 1-0 defeat against Lazio on Sunday evening.

There was an explosive start to the game, as Lazio took the lead after just 12 minutes. Luis Alberto floated in an inviting cross towards the back post and Sergej Milinkovic-Savic was on hand to direct a header past Samir Handanovic. 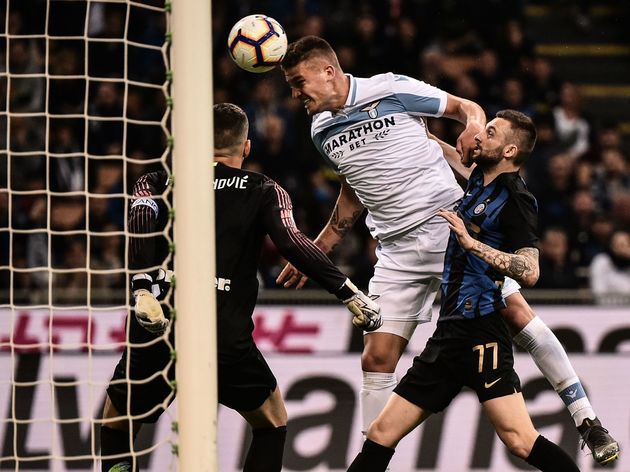 Inter improved in the second half, but they found it increasingly difficult to find a way past a stubborn Lazio defence, who repeatedly repelled the efforts of Inter’s makeshift forward line. The hosts mounted a late assault, but they were unable to snatch an equaliser and were forced to accept defeat.

Check out the full breakdown of the evening’s action below.

?Inter’s season has been a mixed one to say the least, but they look set to comfortably finish in the top four in spite of their inconsistent performances. Their previous outing before the international break saw them put in an excellent display to defeat Milan, but they were nowhere near that level on this occasion. They were guilty of playing pedestrian football in the middle of the park, and notably lacked any sort of penetration in the final third without the injured Lautaro Martinez or the insubordinate Mauro Icardi.

After Milan were defeated 1-0 by Sampdoria on Saturday, Inter had the chance to go five points clear in third. With that in mind, they’ll no doubt be desperate to return to winning ways as soon as possible.

Handanovic cuts a divisive figure amongst Inter supporters, but there is no denying the fact that he is one of the best shot stoppers in European football.

He was in imperious form in this one, making a string of superb stops to keep his side in contention. Without him, there is every chance Lazio could have been out of sight before the second-half even got underway.

Handanovic is the only reason why Inter aren’t 4-0 down.

handanovic having a monstrous performance, keeping us in this single handedly

Handanovic has been class tonight

Inter have a short break before they are back in action on Wednesday when they travel to face Genoa. Lazio are also set to play on Wednesday as they face off against SPAL.