Inter qualified for the last 16 of the Europa League with consummate ease after dispatching Rapid Wien 4-0 at San Siro – winning the tie 5-0 on aggregate.

The evening was made extremely comfortable for Inter after they raced into a two goal lead within the first 20 minutes, killing of any hopes of a potential upset. Matias Vecino opened the scoring before Andrea Ranocchia, of all people, lashed home a sensational volley from outside of the 18 yard box. 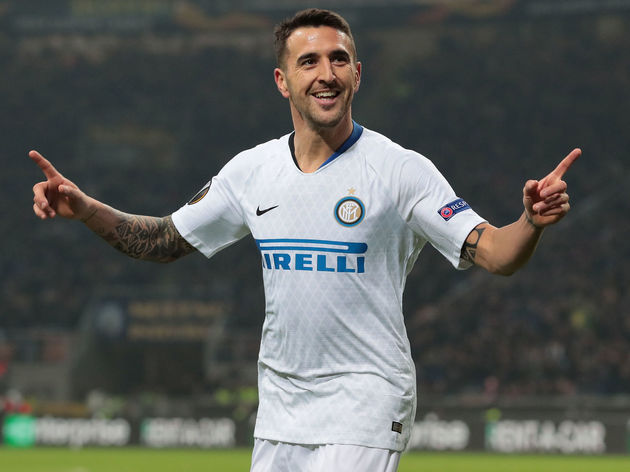 After a quiet second period, Ivan Perisic added a third goal – rounding the Rapid Wien keeper before delicately chipping the ball into the vacant net – before Matteo Politano capped off an impressive Inter performance with the fourth and final goal of the evening.

With the off-field controversy surrounding ?Mauro Icardi continuing to rumble on, it’s up to ?Inter to continue performing in his absence. In truth, this wasn’t really a test for them and as soon as they scored the second goal of the evening the tempo immediately dropped. They outclassed their opponents all over the park, causing plenty of problems in the final third with incisive movement whilst simultaneously nullifying any attacks Rapid Wien could string together.

After they were dumped out of the Coppa Italia, the Europa League remains Inter’s only chance of silverware this season and, with very few big names left in this season’s competition, Luciano Spalletti’s men are certainly one of the favourites.

STAR MAN – ?Ivan Perisic has been struggling for consistency all season, but his last few performances seem to suggest that he is getting back to his best.

The Croatian winger was a constant thorn in the side of Rapid Wien and played an instrumental part in three of Inter’s goals. He delivered the cross that led to Vecino’s opener, scored a spectacular goal himself and then registered an assist for Politano’s late strike.

If Inter are to finish the season strongly then they will be hoping that Perisic can keep up his current run of form.

If Perisic plays like he’s been playing while Icardi sits out then maybe Icardi should keep sitting out ?????

Inter travel to face Fiorentina in Serie A on Sunday as they look to cement their spot in the Champions League places.