Inter have confirmed the signing of highly-rated Cagliari midfielder Nicolò Barella on an initial season-long loan deal, with an obligation to buy.

The 22-year-old is one of European football’s brightest prospects, and how has been touted with a move to a bigger club for a number of months – after a string of impressive performances in Serie A.

Rumour and gossip has seen him linked with a €45m move to Inter for number of months, and the Nerazzurri have now confirmed a deal is done, releasing a statement on their official website.

It read: ?”Nicolò Barella is officially an Inter player. The Italian midfielder has joined the Club from Cagliari Calcio on an initial year-long loan deal, with there being an obligation to buy at the end of that period. Barella has put pen to paper on a five-year contract.

“Football was and is in his destiny. It was an aptitude he developed at the football school ‘Gigi Riva’ in Cagliari. We all know what that name means in Cagliari. Former Inter player Gianfranco Matteoli immediately noticed that Nicolò stood out.

“Because of his character, his liveliness. Because of the choices he made out on the pitch. These are characteristics that he has developed over the years, with his character always being something he’s kept faith in. Nicolò has never changed his ways. He’s not shy on the pitch, he’s not afraid. 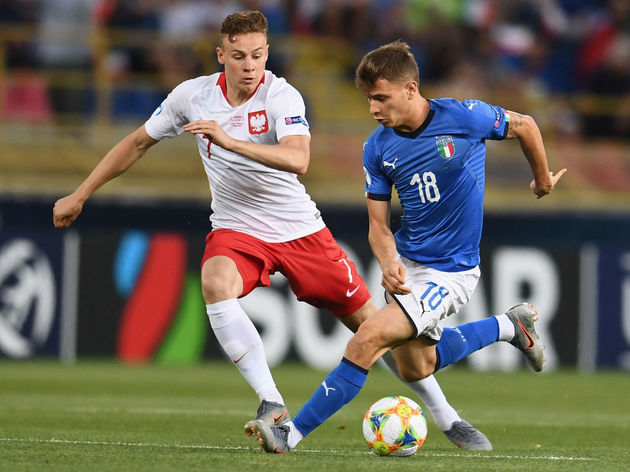 “He’s determined and ambitious, and now he’s beginning a new adventure with Inter. The whole of the Nerazzurri family wishes him the best of luck. #WelcomeNicolò.”

Barella made 105 appearances for Cagliari during his five years with the senior team, also spending time out on loan at Como. He has represented Italy at every youth level, progressing through to the senior team last year. He now has seven caps for Gli Azzurri, and a couple of goals to his name.