?Inter remain keen on striking a deal to sign Barcelona midfielder Arturo Vidal, whose future at Camp Nou has come into question in recent weeks.

With Frenkie de Jong completing his move to Barcelona this summer, Vidal appears to have fallen down the pecking order, with first-team action potentially hard to come by. Should Vidal wish to leave, ?Calciomercato claim ?Inter are prepared to offer him a significant role in the team. Manager Antonio Conte is a huge fan of the Chilean from their time together at ?Juventus, and the chance to reunite with Vidal is said to be one of his top priorities.

However, his €7m-a-year wages are thought to be a problem for the Nerazzurri, but they are prepared to try to offload some more players to make a place for Vidal in the squad.

The option of a loan move is suggested, and it is believed that ?Barcelona boss Ernesto Valverde would be open to such a deal to try and cut down the number of midfielders in his squad. 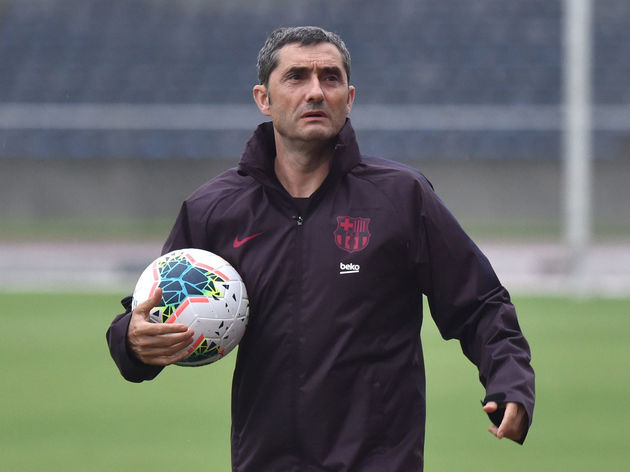 Speaking in a press conference (via ?Marca) after his side’s friendly victory over ?Arsenal, Valverde hinted that some midfielders may have to leave this summer, and he was also quick to dodge questions about Vidal’s future.

“There are quite a few players in midfield. However, with (at least reported) interest in Rakitic from both ?Manchester United and ?Everton, Inter will be hoping that Vidal is the one made available.