Both players have been heavily linked with moves away from their respective sides this season after disagreements with their managers, leading to growing speculation over a summer exit.

Juventus are still following Icardi’s situation: new contacts in the last days. Inter are pushing to do a swap with Paulo Dybala, but the bianconeri are taking their time ?? https://t.co/4UwiUVf1Tp

While a move away from Italy seemed to be the likely scenario for the Argentinian duo, journalist ?Romeo Agresti has claimed that both players could be set to remain in the division, with ?Inter offering Juventus a swap deal. Agresti states that the Nerazzurri have put the deal on the table, with the possible switch being held up by the manager-less Juventus.

Paris Saint-Germain and Manchester United are just a few of the clubs credited with an interest in ?Icardi, who has been embroiled in off-the-field controversy this season and regularly fallen out with former Inter manager Luciano Spalletti.

It is unclear whether the move interests the Bianconeri or not, although Agresti confirmed in the past few days that ‘new contacts’ have been made on the champions’ side as they look to sort out their strike force for the upcoming campaign. 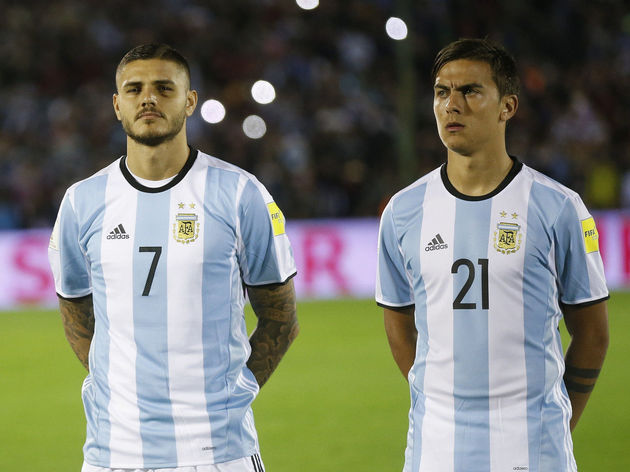 Gonzalo Higuain’s role in the side is yet to be settled, after the 31-year-old spent the entirety of last season on loan at Milan and Chelsea respectively. Furthermore, Mario Mandzukic recently turned 33, although the Croatian is under contract with the club until 2021.

For Dybala, an exit has been on the cards throughout the season, after falling out of favour with ?Serie A