Inter have confirmed centre back Stefan de Vrij has received scans on an injury picked up whilst on international duty with the Netherlands, with the Dutchman now set for an unspecified spell on the sidelines.

De Vrij has been a crucial player for the ?Nerazzurri since joining from Lazio on a free last summer, making 31 appearances across competitions this season and netting two goals.

But, after joining up with the Dutch national team for the Euro 2020 qualifiers against Belarus and Germany, the 27-year-old sustained an issue in his thigh that kept him out of both ties.

And, as Inter revealed on their official ?website, it now looks set to confine the player to the sidelines in Milan as well. As of yet it is unknown how long the player will be absent, but he is set to begin a “personalised training regime” before being reassessed next week.

A statement read: “Stefan de Vrij today underwent an MRI scan after a problem picked up during training with the Netherlands National Team.

“The results highlighted an issue with the adductor muscle in his right thigh. De Vrij will now undergo his own personalised training regime and he’ll be reassessed at the start of next week.” 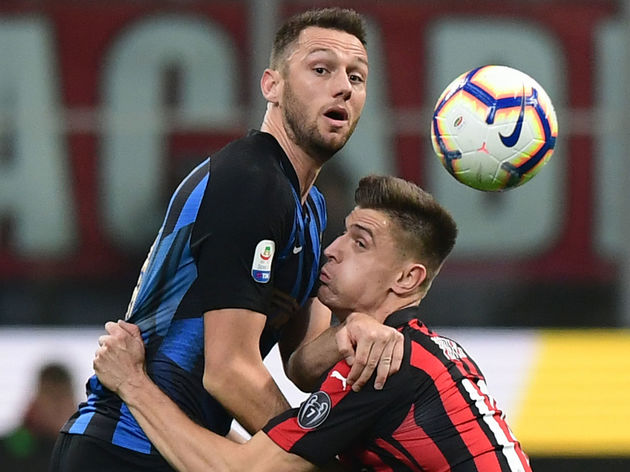 The injury is therefore certain to keep him out of this weekend’s Serie A clash with his former employers’ Lazio.

?Inter are currently third in ?Serie A, seven points behind Napoli in second and two points ahead of crosstown rivals AC Milan following their dramatic derby win in the last gameweek.