?Antonio Conte’s Inter host Cagliari in Serie A this Sunday as they look to close the gap on leaders Juventus.

The San Siro side are second in the league, four points of Juventus having drawn their last two league games. They’ve lost only once all season and have the best defence in the league conceding only 17 goals in 20 games. 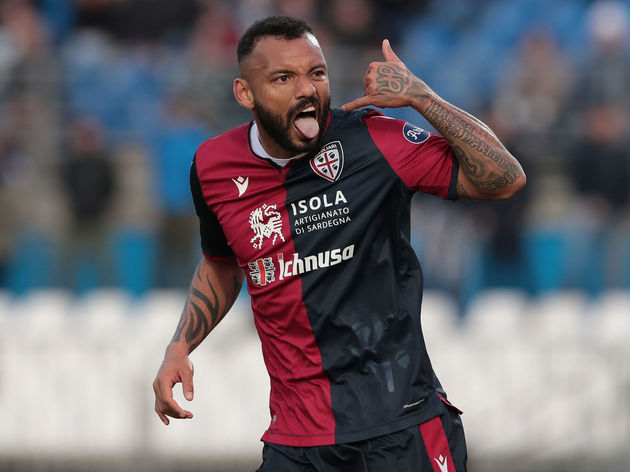 Meanwhile, Cagliari has also had an impressive league season so far. They’re seventh in Serie A but haven’t won in their last six games which has seen them drop away from the top four. Their 2-2 away draw with Brescia last time out stopped a run of four consecutive losses.

This is a massive game in terms of Inter’s title challenge and will need the three points to keep the pressure on Juventus. Here’s 90min’s preview of the game.

Conte has a couple of injury concerns ahead of the visit of Cagliari. Danilo D’Ambrosio is sidelined due to a leg injury while Kwadwo Asamoah is out long term with knee? problems.

There are also doubts over Marcelo Brozovic and Roberto Gagliardini who picked up injuries last weekend. Antonio Candreva is suspended so will definitely miss out but there is good news with the return of on-loan Manchester United man ?Alexis Sánchez. There could be start for new signings Victor Moses and Ashley Young. Cagliari have an abundance of injuries to deal with which have recently hampered their league form. All of Alberto Cerri, Leonardo Pavoletti, Luca Ceppitelli and Marko Rog are key players that won’t feature for the visitors.

Add to that the suspension of centre back Fabio Pisacane and the Cagliari squad is looking very thin. Radja

These two Italian sides have met each other a total of 45 times with ?Inter unsurprisingly having the edge over their opponents. Inter have won 24 games with Cagliari only securing seven wins and another 14 ending all square.

Recently, I Nerazzurri have got the best of this fixture having won six of the last seven meetings, while winning 15 of the 23 clashes at San Siro. The last meeting between the two sides was only eleven days ago with Inter getting the best of the Sardinians winning 4-1 in the Coppa Italia thanks to a brace from ?Romelu Lukaku.

Inter’s form has been a bit hit and miss following the winter break having dropped points at home to Atalanta and away at Brescia. They beat Napoli 3-1 away in their first game after the winter break.

Add to that a 4-1 win over Cagliari in the Coppa Italia already this month and Conte’s side do remain unbeaten in 2020 but would’ve been hoping to keep pace with leaders ?Juventus. A win here would see them move just one point behind Juve ahead of their game against Napoli. Cagliari’s recent form has not been good after a great opening to the season. They’ve won just one of their last eight in all competitions which was a 2-1 defeat of Sampdoria in the Coppa Italia. In fact, they haven’t won a ?Serie A game since early December.

Since then, they have gone on a run of six league games without a win which included a stretch of four consecutive defeats. They stopped that rot with a 2-2 draw at 19th placed Brescia last time out.

Inter need the win to make sure they keep in touch with leaders Juventus – and they should be able to do so. Cagliari are woefully out of form and they are suffering from a slew of injuries especially in defensive areas whereas Inter have strengthened their squad during the window.

Lautaro Martinez and Luk?aku remain one of the most feared attacking duos in the world and they will lead Inter to an important league win.