?One of the longest running transfer sagas of the summer finally drew to a close on Thursday, as Romelu Lukaku sealed a move to Italy with Inter.

The Belgian will wear the number 9 shirt after his prolonged £74m move from Manchester United; the shirt which was undoubtedly Lukaku’s preference, and one which a club record signing should be good enough to demand.

The 26-year-old will take the shirt from Mauro Icardi, who had worn the shirt since he joined the club back in 2013. The Argentine was handed the captain’s armband in 2015, aged 22, following an excellent start to life at the club – but his relationship with the club has since turned sour.

Icardi was stripped of his captaincy earlier in the year, and has fallen out of favour for his well-documented antics with his agent and wife Wanda Nara. New manager Antonio Conte doesn’t seem to be planning with the controversial forward in mind, and the decision to strip him of the 9 shirt will only add fuel to the suggestion he’s close to leaving.

Before Icardi came the great – and recently retired – Diego Forlan. The Uruguayan only had a short stint at Inter, featuring 22 times and bagging just the two goals. The forward was unable to show his best form, and his contract was eventually terminated by I Nerazzurri in the summer of 2012. 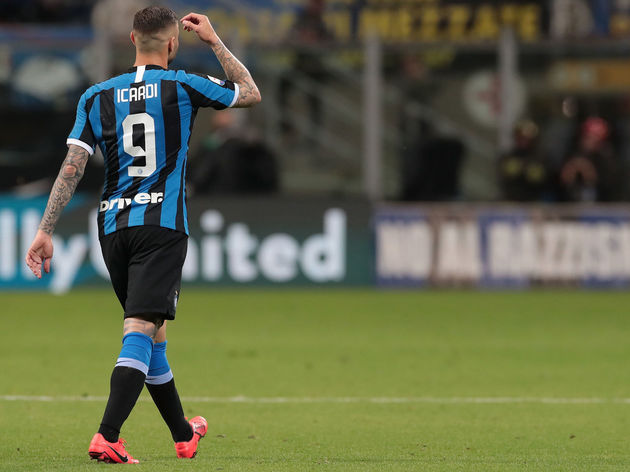 Samuel Eto’o occupied the 9 prior to Forlan. The Cameroonian is considered a club legend, scoring 53 times in 102 appearances and playing a major role in ?Chelsea?Everton numberJürgen Klinsmann, who wore it in the 1990/91 season. In his time, he helped Inter win the UEFA Cup, beating Roma in the final.

Rewinding further, Alessandro ?Intergreat along the way. Perhaps I Nerazzurri’s most prolific striker in the 1970s was

The long list of elite number 9s continues with Benito Lorenzi, who scored