Italy ended their Euro 2020 qualification campaign in style as they thumped Armenia 9-1 to finish with a 100% winning record.

The Azzurri started the game in scintillating fashion, essentially wrapping up the game inside the first ten minutes thanks to goals from Ciro Immobile and Nicolo Zaniolo. Italy made it 3-0 midway through the first half when Nicolo Barella poked home after a super ball from Leonardo Bonucci. Incredibly, the rout continued four minutes later after Immobile rounded the keeper and tapped the ball into an empty net for his second of the day and tenth of his international career.

The Armenians were able to hold their opponents off for the first 20 minutes of the second half, but their resistance ended when Zaniolo scored his second with a fabulous strike from the edge of the box with his left foot.

Unfortunately for Armenia the onslaught was nowhere near done, with defender Alessio Romagnoli stabbing home from a corner, before Jorginho and substitute Riccardo Orsolini got their names on the scoresheet to make it eight. 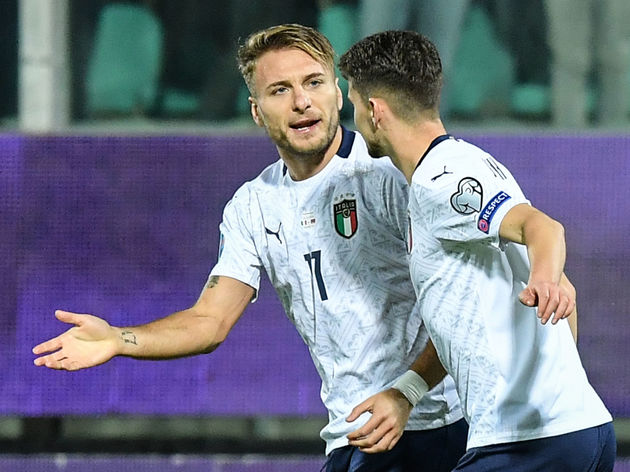 Armenia did get one back after Jorginho’s mistake but that proved to be momentary respite as Federico Chiesa made it nine a minute later with his first goal for the national side.

After breaking an 80-year national record with their tenth consecutive win, which came against Bosnia and Herzegovina a few days ago, Italy could have dropped their guard a touch -especially with Roberto Mancini making wholesale changes from the last game. However, that wasn’t to be, and the Azzurri put in another fantastic display as they humiliated Armenia. 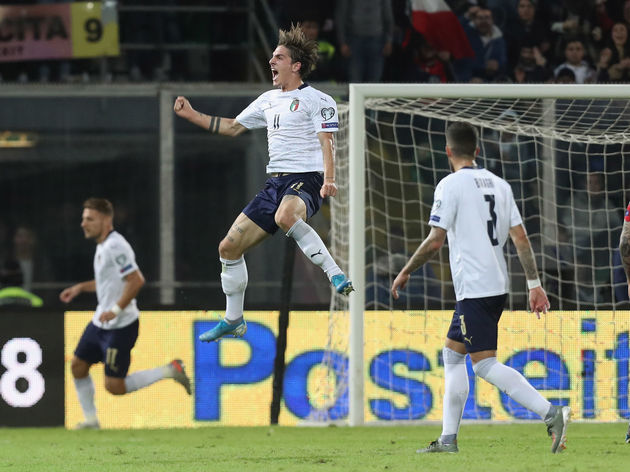 Winning Euro 2020 next summer may be a step too far for Italy, but they are definitely on an upward trajectory and must continue to show improvement so they are able to go deep into the competition and make the world realise that they are well and truly back.

Zaniolo is a stunning talent, and proved that with a magnificent display tonight. The midfield maestro was at the heart of everything and showcased his stunning technical ability with a number of brilliant passes. His two goals in the game was the perfect reward for a supreme performance, and he will hope that this has persuaded his manager to put him in the starting XI for Euro 2020.

Nicolo Zaniolo has scored his first goal and recorded his first assist for the Italy senior side.

A night of firsts for the 20 year old. ? pic.twitter.com/9GNWRVESX8

With qualification now over, Italy will look to re-group and focus on bigger and better things heading into Euro 2020. Armenia, meanwhile, will lick their wounds after a desperately disappointing defeat and will reflect on a qualifying campaign that saw them finish fifth in the group.