Roberto Mancini’s side have run riot in Group J thus far, scoring 18 and conceding just three on their way to six wins from six.

After overcoming their toughest test so far last time out – beating Finland 2-1 in Tampere – Gli Azzurri will be confident of securing automatic qualification over the course of the next week.

Saturday’s opponents, Greece, have struggled so far in their attempt to make next year’s Euros. This Greece squad may not be as talented as previous Greek squads, but they certainly have enough talent to not be held to 1-1 draws at home to Liechtenstein and muster just one win from six in qualifying.

Their trip to Rome is now a fixture they have to get points from if they want to stand any chance of making it to Euro 2020.

New manager John van’t Schip has made a whole host of surprising omissions from his Greece squad. These two have only ever met five times. The first fixture dating way back to 1934, whilst the pair most recently met in June. Gli Azzurri have won three of the meetings with the other two being a draw. 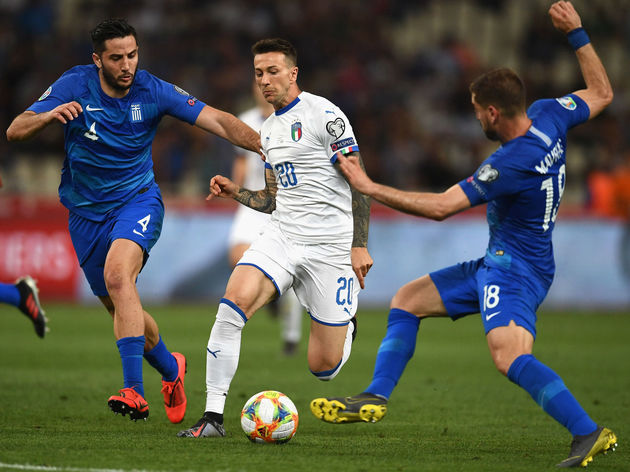 Saturday’s fixture will be the first game between the two on Italian soil since 1981. That time, Greece were able to hold the Italians to a 1-1 draw in a World Cup qualifier; a World Cup they’d go onto win.

The visitors’ last result was an embarrassing 1-1 draw at home to minnows Liechtenstein last month. They’ve been way under par so far, with their only victory coming on matchday one in Liechtenstein. 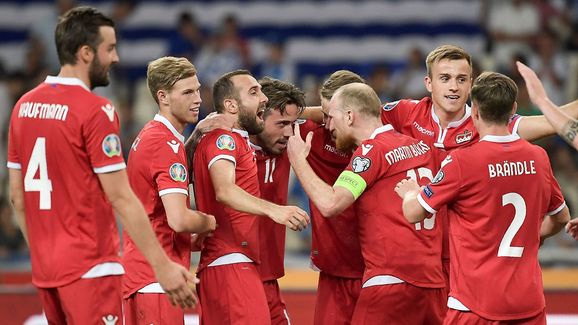 In 2019, Greece have already been beaten by Turkey, Italy and Armenia; following on from a poor UEFA Nations League in 2018, which saw them win just three of their six games.

Contrary to that, the Italians have been brilliant as of late, maintaining their 100% record in qualifying through six games. Their defence looks as stout as ever, conceding just three times this year and twice in the Nations League last year.

In September, Gli Azzurri were able to secure two away victories; first overcoming Armenia and then Finland with goals from Immobile and Jorginho helping Mancini’s men over the line.

Here’s how these two have fared in their five previous meetings.

Italy look to be returning to their stout best and a comfortable win is expected on Saturday. Italy’s potential front-three of Federico Chiesa, Immobile and Insigne is a front-line that will cause most international defences issues, let alone a weakened Greece backline. They should have some joy in Rome on Saturday evening in what should be a simple Italian win.