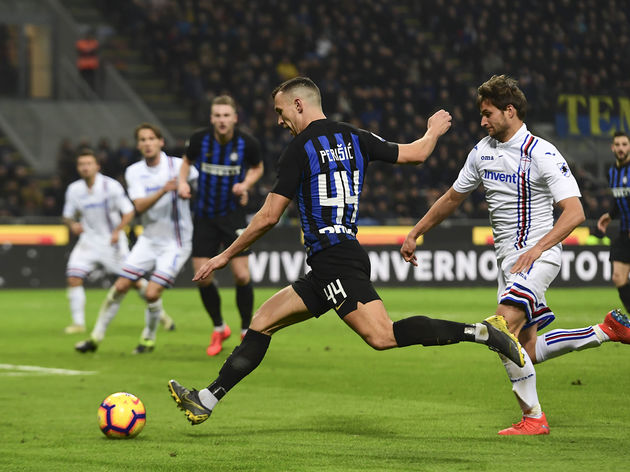 ??TuttoMercatoWeb now report that scouts were present to watch Perisic during Inter’s narrow 2-1 win over Sampdoria at the weekend.

The Croatian is approaching 150 appearances for the Italian outfit but a dip in form this season has seen him linked with a move away from the club. He has scored just three goals and contributed only three assists this season, despite enjoying a standout summer with Croatia last year as they unexpectedly reached the World Cup final. The 30-year-old does not fit the mould of typical Pochettino signings, with the Spurs manager often preferring to turn to youth. They could make an exception in Perisic’s case over, after it emerged that he would be interested in a move to north London.

He even handed in a transfer request at Inter in January, though that was in an attempt to force through a move to neighbourhood rivals Arsenal. A deal failed to materialise though, and his future is now up in the air heading towards the end of the season.

Perisic is not the only player on Spurs’ radar though, with Danish defender Andersen playing for opponents Sampdoria at the weekend. He has reportedly ‘?held talks’ with a move to the club in the past week or so, as the club look begin to identify targets who could possibly succeed Toby Alderweireld.