?Inter are hoping to follow up the free transfer of Diego Godin with a move for Barcelona playmaker Ivan Rakitic.

Club director Giuseppe Marotta has confirmed that ?the deal for Godin is nearing completion, meaning they can now turn their attention towards new recruits. Rakitic found himself linked to Inter in the past, and the rumours seem set to persist.

The latest link between ?Inter and ?Rakitic comes from Italian outlet ?Tuttosport, who add that Inter are desperate to secure Champions League football next season as it could prove vital to convincing Rakitic to move to the San Siro.

The report also claims that Rakitic has previously confirmed his intentions to join Inter, and is now simply awaiting the club to secure Champions League football before he commits to leaving ?Barcelona.

Inter were heavily linked with a move for Rakitic’s international teammate ?Luka Modric, but found their advances rebuffed by ?Real Madrid. As a result, they have turned their attention to Rakitic, who has found his spot in the Barcelona lineup under threat this season. The signings of Arthur and ?Arturo Vidal have created serious competition in midfield, whilst the imminent arrival of Ajax wonderkid Frenkie de Jong will only create further congestion in the position. Tuttosport also claim that Paris Saint-Germain midfielder Adrien Rabiot is expected to move to the Camp Nou, giving Rakitic yet another obstacle to overcome.

The likes of PSG, ?Bayern Munich, ?Manchester United and ?Chelsea are all credited with an interest in Rakitic, and Inter recognise that they will need to be able to offer Champions League football if they are to compete with the European powerhouses in the future. 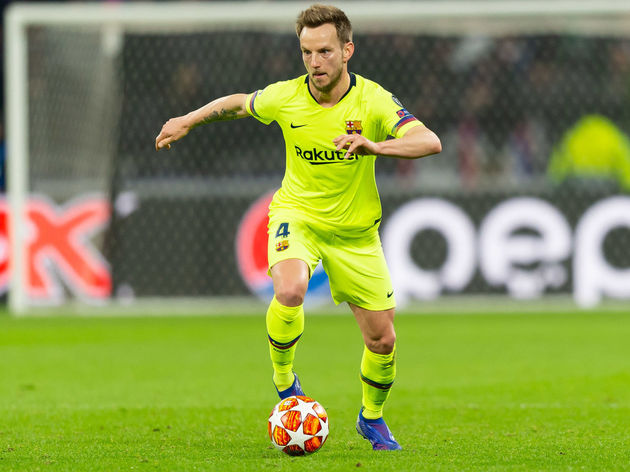 Dejan Rakitic, brother and agent of the Barcelona star, is said to have visited Milan in recent weeks to speak with senior Inter officials, as the ?Serie A side look to begin their preparations for the summer.

Given he is under contract at the club until 2021, Barcelona will be in no rush to part ways with Rakitic, but certainly could be convinced in the right offer arrives.