Joao Mario has hit out at West Ham United fans for being “too quiet” in his time there, as the Inter midfielder spoke up about his return to San Siro.

Mario, who made 14 appearances across all competitions for the Hammers in a loan spell at the back end of last season, has since returned to the Nerazzurri, despite claiming “there’s no fire inside me to rekindle with the Nerazzurri” during his stay in east London. 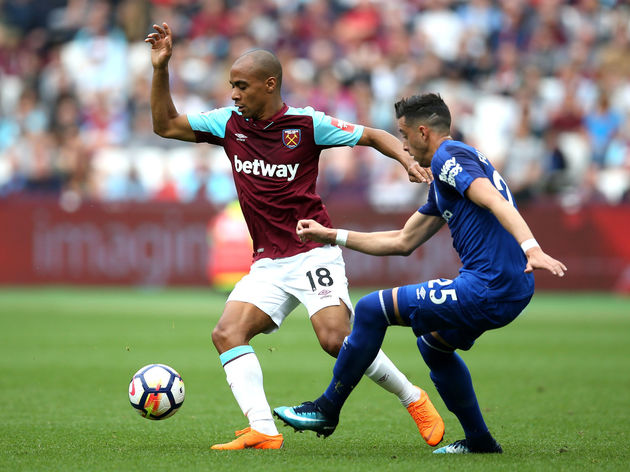 But now, speaking to reporters about those comments ahead of his side’s Europa League last 16 first leg against Eintracht Frankfurt at the Commerzbank-Arena on Thursday night, as quoted by ?Onefootball, the midfielder explained: “Obviously I’m sorry.

“You learn from mistakes and that was a mistake. I have to respect a team like Inter who spent so much to sign me, and I’m very happy to have been given a second chance here.

“The ?Inter fans were also crucial. For them I was both an idol and a bad player. It would be great if I found the right balance.”

And then, in attempt to get back on side, he delivered the kicker at the ?Irons’ expense: “I’ve been in England and they’re all too quiet there. I prefer the warmth of our fans.”

The Portugal international was a £36m signing from Sporting CP in August 2016, but has failed to hit the heights that such a fee would suggest, notching just four goals and 15 assists in his time in Italy.

He has made 16 appearances across competitions this season, though none of those have come in European competitions.

This is because the midfielder has been excluded from both of Inter’s squad lists for the Champions League and Europa League, though that hasn’t stopped him from cheering his teammates on from the sidelines, or so these comments attempt to convey.