?Inter forward Lautaro Martinez has been tipped to ‘soon renew’ his contract with the Nerazzurri by his agent, who claims the 22-year-old Argentine won’t be distracted by transfer rumours.

Speculation has linked Barcelona in particular with Martinez, who only joined Inter from Buenos Aires giant Racing Club last year. Yet rather than pursue a move away from San Siro, agent Beto Yaque has insisted that a new contract is the only thing on his client’s mind. “Lautaro is very happy at Inter and he will soon renew his contract with the club; he doesn’t think of anything else,” Yaque told Italian website CalcioMercato.it.

“If there are several teams on his tracks, he is positive at a professional level, because it means he is working well. But, today, he is purely linked to the Nerazzurri and is happy where he is.”

Yaque has been pleased to see the impact of Inter coach Antonio Conte on Martinez.

“I believe that the arrival of Conte has strengthened him on a physical and tactical level. The coach has brought in new concepts that have served him very well,” the agent explained. 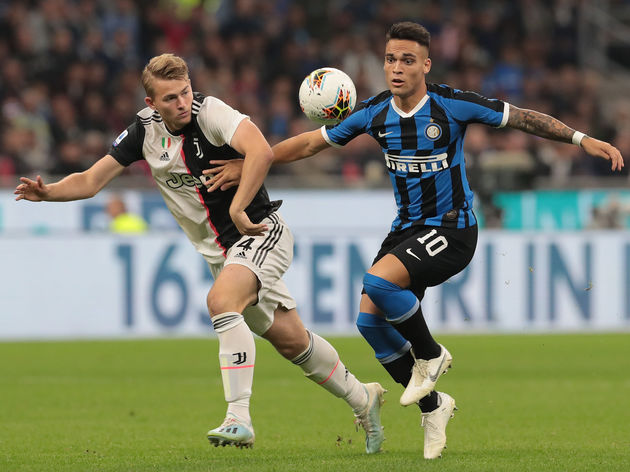 Following on from a debut 2018/19 season that was arguably something of a bedding in period and learning curve for Martinez, the talented South American has made a strong start to his second year in Milan and has already started seven of Inter’s nine games in all competitions.

Martinez is currently away on international duty with Argentina and played 90 minutes of his country’s 2-2 draw with Germany in Dortmund on Wednesday night – he netted a rapid-fire 22-minute hat-trick against Mexico in his previous international appearance last month.

Martinez and Argentina are to face fellow Ecuador in Alicante on Sunday to conclude their international break. They are not due to play a competitive until next year and will contest exhibition friendlies in Saudi Arabia and Bangladesh in November.