The agent of Inter striker Lautaro Martinez has admitted that the talk surrounding Barcelona’s interest in his client is in fact ‘true’.

Martinez, who starred for Argentina at this summer’s Copa America after being picked ahead of his Nerazzurri teammate Mauro Icardi, has been in Italy since leaving Racing Club in the summer of 2018 for a fee in the region of €22.7m. 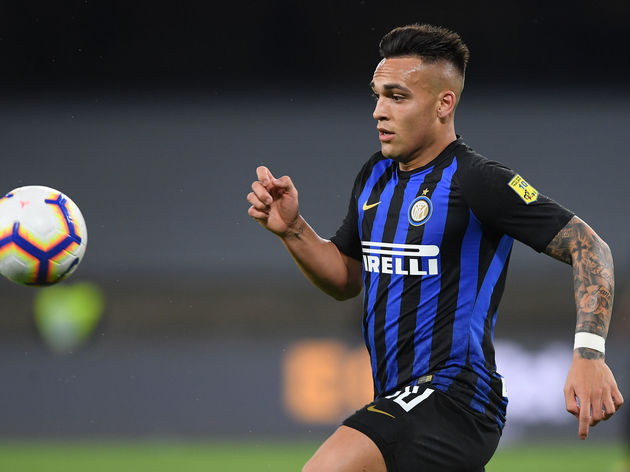 However, recent reports have linked him with another move this summer, this time to Barcelona, with the Italians apparently looking for a fee in the region of €112m.

And, speaking about the speculation surrounding Martinez, Alberto Yaque, the player’s agent, as quoted by Goal, told Ole: “Talk of Barcelona’s interest is true.”

“No-one’s called us, but we know that they’ve been looking at him strongly. It’s true that Barcelona like him.”

However, since Yaque made that statement, La Blaugrana have finally ?completed the €120m move for Atletico Madrid striker Antoine Griezmann, after triggering his release clause on Friday afternoon.

And, though this might deter them from going in for Martinez, the Spanish champions are unlikely to stop spending there, and, with Inter’s continued pursuit of Manchester United striker Romelu Lukaku, there still may be room for a switch to be negotiated.

Of course, it also may be the case that the Argentine’s agent is simply angling for an improved contract for his client in Milan – he wouldn’t be the first and he won’t be the last.

Atletico have refused to give in over Griezmann’s move, ?claiming they are entitled to a payment of €200m – his previous release clause – because the two parties had actually agreed on a deal before the release clause lowered to €120m at the start of July.

In an official statement, they explained: “Atletico Madrid believes that the amount deposited is insufficient to meet his release clause, since it is obvious that the commitment of the player and Barcelona was closed before the aforementioned clause was reduced from €200m to €120m.

“It was also prior to the date on which the clause was modified that Griezmann, on May 14 announced his imminent departure from the club.

“Atletico Madrid believes that the termination of his contract occurred before the end of last season due to events, acts and demonstrations carried out by the player and that is why the club have already started the appropriate procedures for the defence of their rights and interests.”