?Luciano Spalletti has admitted he felt his Inter side could’ve performed better as they played out a 1-1 draw with Roma at the San Siro.

The game began as an end-to-end affair with both sides looking to get forward, and it was Roma who went ahead in stunning fashion. Stephan El Shaarawy took on a shot from 20-yards out which left Samir Handanovic with no chance of saving it to give Roma a 1-0 lead just 14 minutes into the game.

?Inter hadn’t scored in any of their previous three home games in all competitions but after being left frustrated for an hour they finally ended their drought courtesy of an ?Ivan Perisic header from close range. Both sides pushed for a winner but neither team could find one as the game finished ?1-1.

Speaking to the press after the game, via ?Gianluca Di Marzio, Spalletti admitted he felt a draw was the right result and claimed his side could’ve been more organised. He said: “The result is right, there were chances for us but we left space.

“We were not great at accepting and staying in order. Therefore, the result is fine after falling behind. In the second half we were more in order and had some patience. The risk is that when you go to tie the match, you make more confusion by bringing more men into the final third.

“Roma played a good match but we could have done better at being more organised. But the result is fine for how the match went.”

The draw means that Inter keep their five-point cushion over arch rivals Milan in the ?Serie A standings with just five games left to play, although certainly missed out on the chance to extend the game and all-but cement their Champions League status for next season. 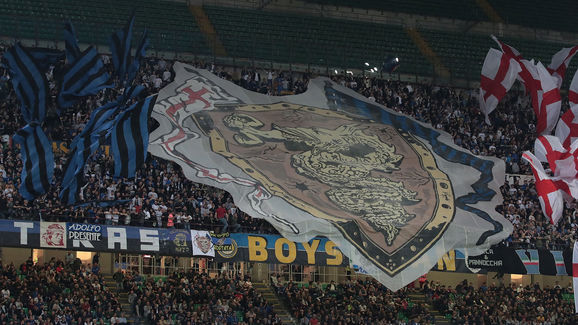 Instead, there’s still everything to play for as Inter now prepare to host recently-crowned Serie A champions Juventus next weekend.