?Manchester United are understood to be contemplating a move for Inter midfielder Matías Vecino, with any move for Bruno Fernandes proving difficult to complete.

United and Sporting CP are locked in negotiations over Fernandes but are yet to actually strike a deal. With just over a week remaining in the transfer window, the Red Devils appear to be considering alternatives. According to Sky Sport Italia (via ?Football Italia), that has taken them to Vecino. The 28-year-old has been heavily linked with a move away from the club this winter, especially because of ?Christian Eriksen’s imminent arrival.

Once the Danish international does join, it is expected that ?Inter will allow Vecino to leave. He had been linked with moving to ?Tottenham Hotspur in exchange for Eriksen, but it appears as though Spurs had no interest in such a deal.

Vecino has made 17 appearances for Antonio Conte’s side this season, offering two goals and an assist from midfield. 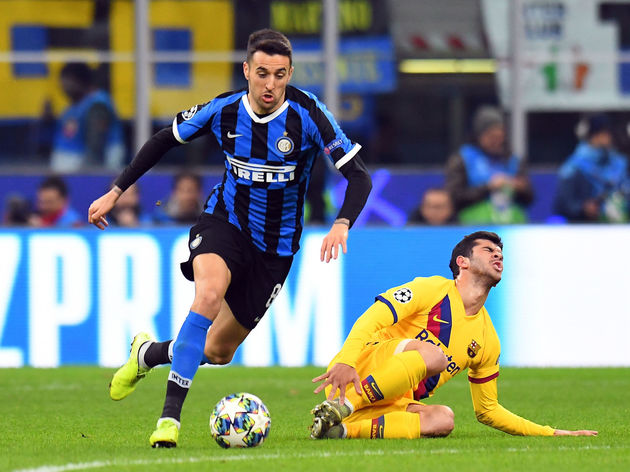 ?United are on the lookout for reinforcements in the position following injuries to both Scott McTominay and ?Paul Pogba, so a move for Vecino would certainly make sense from that perspective.

However, one report which seems less convincing comes from Sport Mediaset (via ?SempreInter), who claim that United could send ?Nemanja Mati? to Inter in exchange for Vecino.

While Mati? almost certainly has no future at Old Trafford beyond the expiry of his current contract in the summer, it would come as a huge surprise to see Ole Gunnar Solskjaer part ways with the Serbian right now, given his lack of midfield options is the entire reason he is looking for a new signing. Conte is thought to be a big fan of Mati?, having worked with him during his time with ?Chelsea. The chance to join Inter would likely be appealing to the midfielder, given he will probably be looking for a new club next summer anyway.

However, United will surely not weaken their midfield by allowing him to walk just yet. Vecino may well come, but probably not in place of Mati?.