Manchester United will begin their International Champions Cup campaign against Inter on Saturday at the Singapore National Stadium, following victories in their first two pre-season fixtures – and it’s set to be an exciting matchup.

Despite it being a pre-season fixture, there is much anticipation as sub-plots have begun to form. The saga surrounding Romelu Lukaku’s reported desire to leave Manchester United for Inter only adds to the excitement. Check out 90min’s preview of the upcoming International Champions Cup fixture below.

The Red Devils are expected to welcome back ?David de Gea, ?Lukakuhave a knock and was left out completely against Leeds once again, however ?rumours continue to persist regarding a transfer to Inter.

Nemanja Matic lasted just 33 minutes against Leeds before being taken off, suggesting his fitness is not quite up to scratch as of yet. Solskjaer has used 23 players in both of his first two pre-season matches, so the competition is high in the squad.

Inter, meanwhile, have named a 27-man squad for their trip to Asia, including new signing Nicolo Barella.

The Italian was granted a work permit and may play a role. Elsewhere, Radja Nainggolan has been offered another chance, after being excluded from tactical drills in Lugano along with Mauro Icardi. Icardi has not made the squad however, as his future remains up in the air.

Inter are without Lautaro Martinez as well, meaning their attacking options are limited. Samuele Longo may not feature as his future is being discussed, but Matteo Politano has overcome a thigh strain and is expected to play some part in their upcoming fixtures. the squad soon, but aren’t available here.

The two clubs have only competitively faced each other four times, and United boast the better record. These four meetings were both two-legged Champions League ties.

The first meeting was in the 1998/99 season, where United beat I Nerazzurri on their way to claiming the treble. The second re-match came in 2009 as the Red Devils once again swept aside the Italian side over two legs. 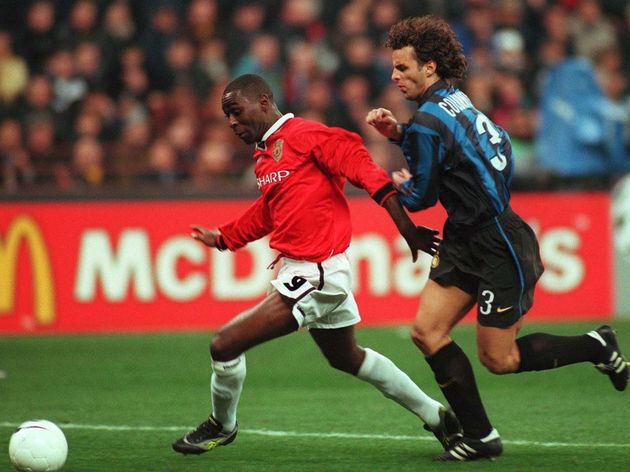 The most recent fixture between the two sides came in the International Champions Cup back in 2014. The two sides were level at the end of the 90 minutes, before ?United took it on penalties.

I Nerazzurri won their first match of pre-season in Switzerland – a 2-1 victory of Lugano on 14 July in the Casinò Lugano Cup. On the other hand, United will be hoping to crack the top four next season. ?easing past

Here’s a look at how both clubs have fared in their previous five matches. It is expected to be a tight match, but United have one more game under their belt and appear to be showing good early form. Additionally, the exclusion of Icardi and the unavailability of Martinez leaves Conte with few attacking options. For these reasons, the Red Devils will be expected to take this one.