Mauro Icardi’s fraught relationship with Inter has continued to crumble after manager Luciano Spalletti revealed that the former captain will not even be in the squad for Sunday’s crucial Serie A match against Lazio following “new developments” in training.

Icardi finally seemed destined for a return to the pitch, but recent incidents have caused Spalletti to continue the exile of his precocious star striker. 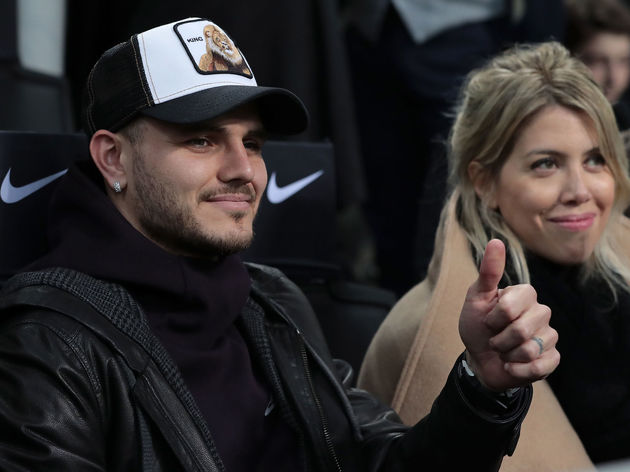 The Argentine international has not played since being stripped of the Inter captaincy on February 13, in part due to controversial comments made about his teammates by his agent and wife Wanda Nara.

With Lautaro Martinez injured, Icardi was expected to regain his place in the Intersquad, but Spalletti has ruled out the possibility of his return, according to comments made in his official press conference, as quoted by Football Italia. 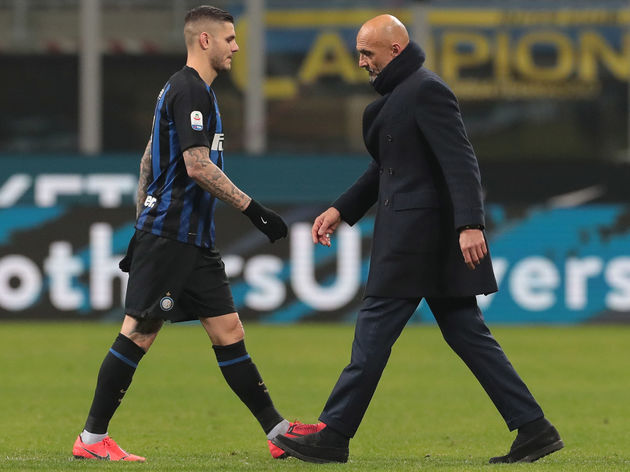 “He trained with us and in some ways we need to get him back into our training regime behaviour. Considering what happened lately, including yesterday, I maintain he is not yet able to help his teammates in this game. That is why he will not be called up.

“I have to consider everything, from the previous period all the way up to yesterday. He trained with us all week, something new happened yesterday that I need to evaluate. Training sessions are fundamental. For the next few games, we’ll see.”

Icardi is definitely a fantastic player. He’s definitely paid below his market value. He’s also not captain material. He needs to leave, it’s obviously broken. One thing though… why does this kinda stuff happen on Spalletti teams so often?

Spalletti refused to comment on the specifics of the situation, but Italian newspaper Corriere della Serarevealed that Icardi was given the opportunity to apologise to his teammates during training, but opted to stay silent, further antagonising his manager.

The decision comes as a surprise to Icardi’s lawyers and Inter’s directors alike, as the conflict seemed to have passed with the striker returning to training this week.

Icardi’s lawyer, Paolo Nicoletti, refused to hide his displeasure, saying: “Since the day of Icardi’s return to training, he has been at the full disposal of the squad, behaving professionally and following the steps worked out by me, CEO Beppe Marotta and President Steven Zhang in the interests of both Inter and the player.”

Icardi’s future looks to be in Italy, likely Juventus, but only Real Madrid lure him away from Italy. Zidane likes him and his agent was in contact with Real Madrid last week. He could leave for €50M instead of €80M. Inter could sell if Kovacic is included in the deal. [marca] pic.twitter.com/f01bffXGEe

“I was not informed as to the decision to leave Icardi out of the squad, so not knowing the reasons for it, I cannot comment on that.

The striker enjoyed his finest campaign to date last season, scoring 29 goals en route to winning 2018 Serie A Footballer of the Year, but has seen his time at the San Siro marred by controversy, as contract talks now appear to have reached a dead end.

BOOM! Real Madrid having today a summit for Icardi!

Real Madridremain interested in the mercurial 26-year old and could offer Icardi the chance to be the focal point of a major summer rebuild under Zinedine Zidane.

Inter face Lazio on Sunday in a pivotal match for their Champions League qualifying hopes, with Spalletti’s side sitting third, six points clear of fifth-placed Roma.