Few men can attest to being as available as Mauro Icardi in this summer’s transfer window. Okay, apart from Gareth Bale. The weird thing is, no one seems to be interested in either.

Now, Bale has had his fair – bordering on unfair – share of injuries of late and, when he’s not strapped to the operating table, he’s steadily galloping towards the wrong side of 30. Combine that state of affairs with his purported €650,000,000-a-week contract, and you can see why clubs aren’t forming an orderly queue.

But Icardi? Icardi is 26 and one of the best strikers around. Seriously, back in October, when those last minute Champions League goals were flying in for fun, the guy was being branded the best number nine in the world. Even with all the shenanigans that have ensued since then, he’s still got to be top five in the world. So why does no one want him?

Well, those shenanigans have certainly played a part. Having been embroiled in a number of strange ‘I’ll set my men on you’ spats with Inter’s ultras – no seriously, the sentence ‘I’ll bring 100 criminals from Argentina who will kill them’ appeared in his book – Icardi settled down for a time, leaving his talking for the field. For a time.

Then the talking started up again, only this time it wasn’t the fans he was concerned with, it was the boardroom. And the talks essentially unfolded like the ‘where’s the money’ scene in The Big Lebowski, with Wanda Nara acting as the blonde-haired aggressor and Icardi taking the role of the peripheral rug-pisser.

Unfortunately, just like the two punks in that Coen Brothers masterpiece, Wanda and Mauro made a mistake. Inter didn’t have the money. I mean, they had more money than ‘the Dude’, but not the kind of money the pesky pair were after, and they weren’t willing to do anything to wrangle it from somewhere, either.

So, he was branded a trouble maker. A contract rebel. And he went from being a €100m-plus signing to an €85m one. And then a €75m player. And then, if rumours are to be believed, he stooped to a ‘cash plus Romelu Lukaku, we’re begging you’ evaluation. Which is about as low as it gets. And STILL, no takers.

According to 90min’s very own sources, it was the persistent and unpredictable intrusions of Nara that put the Red Devils off. 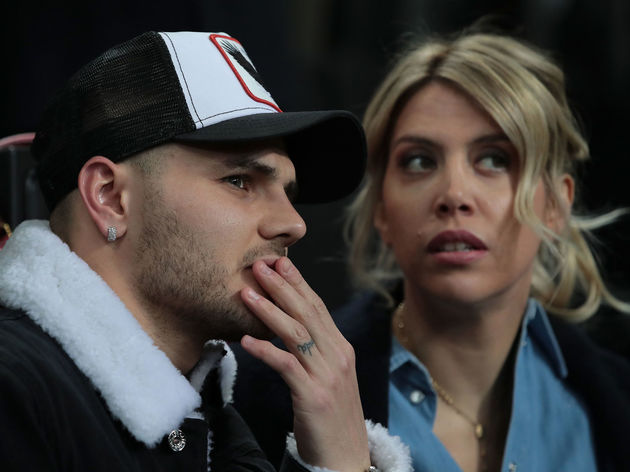 Now, despite all that has just been laid out, at first glance, that completely baffled me. To be honest, and I know this is quite the claim, I don’t think I’d ever been more baffled by a piece of transfer rumor-mongering in my life than that Lukaku rejection. Ever.

Because, let’s be honest, almost every single player in the game – especially the good ones, like Cristiano Ronaldo, Neymar, Sergio Ramos, Robert Lewandowski, Marcelo, hell, Wayne Rooney back in the day – is at a near-constant state of contract bartering and bettering. This is how it works. This is what we’ve signed up for in ‘Modern Football’.

The point is, Icardi’s antics are nothing new.

But, and there is a but, you then consider the circus that Manchester United have been in in recent times, and the stability that they so clearly crave, and the act of thinking twice about signing an antagonistic Argentine doesn’t seem so egregious.

And then, you realise that Manchester City have Sergio Aguero AND Gabriel Jesus, Liverpool have Roberto Firmino AND Mohamed Salah, Tottenham have Harry Kane AND Heung-min Son, Arsenal have Alexandre Lacazette AND Pierre-Emerick Aubameyang and Chelsea have Olivier Giroud, Tammy Abraham AND a transfer ban, and the picture becomes clearer; Icardi couldn’t have picked a worse time to chuck his toys out of the pram. 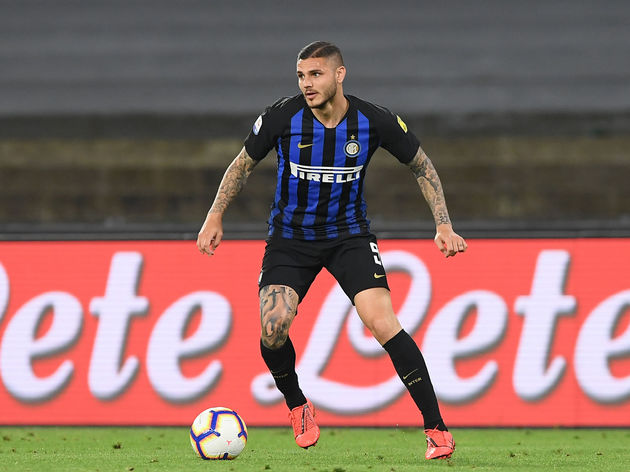 That last one is the most affecting, because if there was one place in England where Icardi’s talents would be most cherished, it would be at Stamford ‘still-grieving-the-loss-of-Diego-Costa’ Bridge. Because, not only are the Blues more than happy to cater to the world’s less looked-up-to strikers, but, as the trials and tribulations of Maurizio Sarri showed, they are the only top-six side who seem averse to the trappings of modern football’s philosophy-bent ways.

Which is important because, regardless of his inordinate talents, Icardi is an outlier in the modern game. He is not a proficient linkup player and doesn’t really do pressing. He’s a poacher, and a world-class one at that, which is what the Giroud-led Blues have been crying out for, because the World Cup-winning Frenchman, though useful, is at the opposite end of that goalscoring spectrum.

So yes, FIFA notwithstanding, the Blues would surely have happily coughed up the €100m plus required to trigger the 26-year-old’s release clause. But FIFA are not notwithstanding, FIFA are standing firm, and their stance looks set to stick, so this is pure fantasy.

As would a return to Barcelona, considering their inevitable purchase of Antoine Griezmann, with Real Madrid and Atletico similarly tied up in other talents.

Which leaves Icardi stranded in Italy, after being unceremoniously snubbed from La Albiceleste’s Copa America squad, waiting like a slack rope for one of Napoli and Juventus to win out in their domestic tug of war over his signature.

And, though the reasons for his snubbing from the rest in this summer transfer window are seemingly plentiful, you can’t help thinking that, old fashioned and unstable or not, those clubs know something the others don’t.