Napoli’s purported interest in Inter striker Mauro Icardi is now ‘concrete’ after the Neapolitans offered him a €7m pay packet at the Stadio San Paolo.

Icardi, who has been at Inter since leaving Sampdoria in 2013 for around €13m, has scored 124 goals in 219 appearances in his tenure, but was recently left out of the recent pre-season tour to Asia to allow him to find a new club. 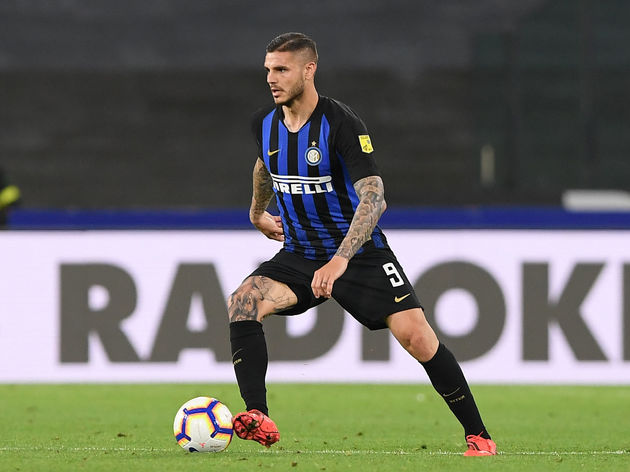 And, according to Calciomercato, it is I Partenopei who have taken up the mantle to sign Icardi, with the club engaging in formal talks with his entourage over the fine print of a potential contract.

It is understood that their latest offer was in the region of €7m-a-year and, while there is room for negotiation, the inclusion of a number of additional bonuses could help sway the striker.

While talks have been ongoing with the man himself, Napoli have not spoken to the Nerazzurri since June. Back then, when asked what they would want for the 26-year-old, the Milanese club requested a swap deal involving both Fabian Ruiz and Piotr Zielinski.

Evidently not too keen on this, Carlo Ancelotti and co decided to focus their initial attention on agreeing personal terms in principle with the player, before returning to the negotiating table with their rivals.

That now seems like a smart move, because, in their desperation to get rid of Icardi and sign Manchester United’s Romelu Lukaku, the number nine’s valuation has slowly decreased, with the Serie A side now content with a sum ‘well below’ €70m.

#Inter boss Conte on Icardi: “He is out of Inter’s project. This is the reality in this moment”

But while a move is not close to being done, Inter boss Antonio Conte has again reiterated that Icardi has no future in the fashion capital of the world – stating: “He is out of Inter’s project. This is the reality in this moment.”