The agent and wife of Inter striker Mauro Icardi, Wanda Nara, is set to reject the Nerazzurri’s latest contract offer, which is reported to be worth €7m a year

Icardi has missed Inter’s last four games after being stripped of the club’s captaincy by manager Luciano Spalletti, with the Argentine not travelling for Inter’s Europa League trip to Rapid Vienna, and suffering with an apparent knee injury for the club’s last three matches. However, it seems that the Italian club are still keen to keep hold of their talisman despite the public saga. 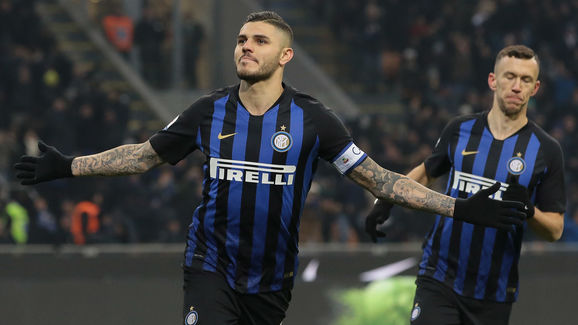 According to ?CalcioMercato, the latest offer is an improvement of ?Icardi’s current deal at the club. However, ?Nara – who ?publicly cried after her husband was stripped of the club captaincy – is set to turn down the club’s offer immediately, sparking further speculation that the player will leave San Siro in the near future.

The 26-year-old forward has scored 15 goals in 28 matches in all competitions for ?Inter this season, which has taken his overall tally for the club to 122 goals in 210 games. 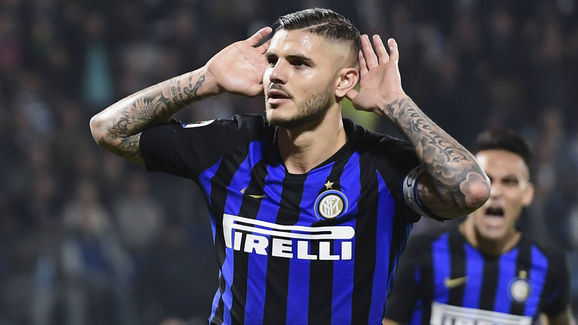 There have also been reports that Icardi would prefer to stay in Italy rather than move abroad, with rumours circling that the striker could join Serie A rivals ?Juventus and ?Napoli, with both clubs potentially looking to bring in a striker during the summer transfer window.

Despite the absence of their top goalscorer, Inter have not lost a game this season in which Icardi has not featured, perhaps persuading the club that should Icardi fail to agree on a new contract, that they can replace the Argentine sufficiently.