?Inter have confirmed that goalkeeper Samir Handanovic will replace Mauro Icardi as the club’s captain going forward, amid rumours that Icardi is unhappy at the club.

The striker has captained Inter since the start of the 2015/16 season, but has found himself heavily linked with a potential departure from the club amid rumours of a breakdown in contract talks.

Despite remaining under contract at the club until 2021, ?Icardi’s future has been the subject of a huge amount of speculation this season – with his wife and agent Wanda Nara notoriously unpredictable in her dealings with the club. Reports have suggested that the 25-year-old has been discussing a new contract with the club for months, yet no renewal has materialised as of yet.

?Chelsea were heavily linked with a move for Icardi, but instead opted to sign ?Gonzalo Higuain from ?Juventus. ?Real Madrid are also regularly touted as potential suitors for the Argentine, and this latest development will only fuel the talk of an imminent departure from the San Siro. 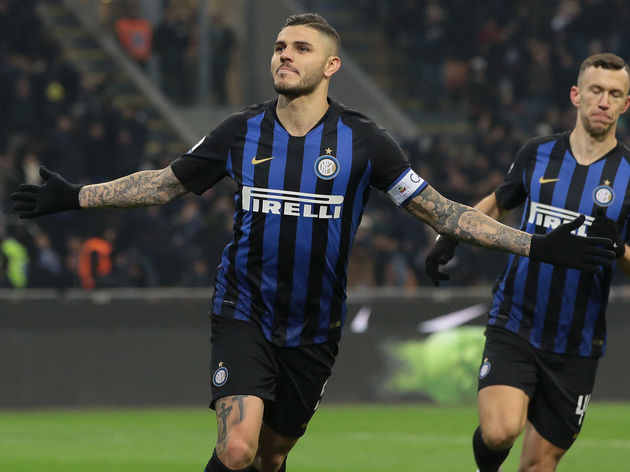 Despite netting nine goals in the first 13 ?Serie A matches of the season, Icardi is goalless in the last seven games, which is his longest drought since joining the club, and Inter fear that this contract stand-off is beginning to impact his performances on the pitch.

“People have said a few too many things, now there is time to sit down and talk about something we’ve avoided and dragged along with us for months.” He then elaborated on this point in his press conference, and is quoted Football Italia

“The directors agreed to start talking about the contract, so now they need to go there and conclude it.”