?Milan Skriniar’s agent has told reporters his client has attracted strong interest from Spanish rivals Real Madrid and Barcelona, with the duo set to battle it out over his signature this summer.

Skriniar has showed himself to be one of the game’s most accomplished central defenders since joining Inter from Sampdoria in 2017, making 76 appearances in just over a year and half with the ?Nerazzurri. 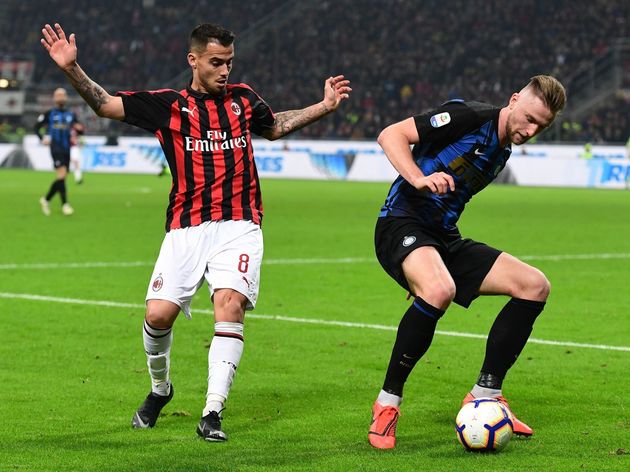 Speaking to ?AS, Halis, who is one of the partners at the agency which represents the Slovakian, revealed: “Real Madrid want to sign him, so do Barcelona; whoever can convince Inter to let him go will sign him this summer.”

Los Blancos are understood to see the 24-year-old as a potential replacement for rumoured wantaway centre back Raphael Varane.

And Halis continued: “Skriniar is a model professional. If Real Madrid want him, they could get him but there are other agents who have a vested interest in taking players where they want.”

He then claimed that the only complications that could arise in the transfer revolve around the possible intrusion of super-agent Mino Raiola, explaining: “Mino Raiola, who represents Ibrahimovic and Pogba, might try to mislead Skriniar, but the player is on the books at our company – we have a contract with him.

“?Inter paid Sampdoria €28m for Skriniar and six months later, Manchester City came in with an offer of €55m. Now he is valued at around €100m. Any deal would certainly be complicated by the interference of intermediaries.”

Halis is a compatriot of Skriniar, but largely specialises in Turkish football, and had some further revelations about another centre back Madrid have been rumoured to be looking at, VfB Stuttgart’s Ozan Kabak, whom he has known since his early academy days at Galatasaray.

However, this time Halis was charged with playing down said links, declaring: “Ozan Kabak is an exceptional talent, but he’s not ready to join a top level club like ?Real Madrid.

“At the moment he is not on Madrid’s list of candidates. He needs to get a few seasons under his belt and improve his game at Stuttgart before he goes anywhere else. There are a lot of steps he must go for before being in a position to join a side like Madrid”.