?Napoli were in fine form as they romped to a 4-1 win over Champions League-chasing Inter on Sunday evening.

It was a rather inauspicious start for both sides, but the game exploded into life on the 15 minute mark as Napoli opened the scoring through Piotr Zielinski. The Polish midfielder took up a decent position outside the box and unleashed a venomous strike into the top corner, leaving Samir Handanovic with no chance in the Inter goal. Napoli dominated the game thereafter, but it took until the 60th minute for them to double their lead. Jose Callejon whipped in an excellent ball from the right flank and Dries Mertens rose highest to power a header home.

The three points were secured ten minutes later as Fabian Ruiz scored a quick-fire double to extend Napoli’s lead to four – a lead that was fairly reflective of the pattern of the game. Mauro Icardi pulled a goal back for Inter from the penalty spot, but the goal merely acted as a consolation for the Nerazzurri.

Despite having already secured second place, ?Napoli will still be looking to finish the season strongly in order to carry through some momentum into the summer. They’ve been a little off the pace in recent weeks, but they were at their very best in this one. Right from the off, they were aggressive and clinical, barely giving Inter a chance to breathe. The likes of Zielinski, Fabian and Mertens were untouchable at times, combining effectively to cause Inter all sorts of problems in the final third.

It was a performance to be proud of, but it also comes as a reminder of what may have been had Carlo Ancelotti’s side been able to perform to the same level all season.

A truly excellent performance from Fabian, who ran the show from start to finish for Napoli out on the left flank.

The Spaniard was at the heart of everything for Gli Azzurri and his late brace was the least he deserved. Special mentions must also go out to the likes of Zielinski and Kevin Malcuit, who also out in impressive performances on the night.

After Ronaldo who is kind of in his own category anyway, Fabian Ruiz has probably been best player to join Serie A from abroad of the season

Fabian Ruiz has run this game from start to finish. Complete midfield performance.

?Inter came into this one with plenty to play for as Champions League qualification was still in the balance prior to kick off. 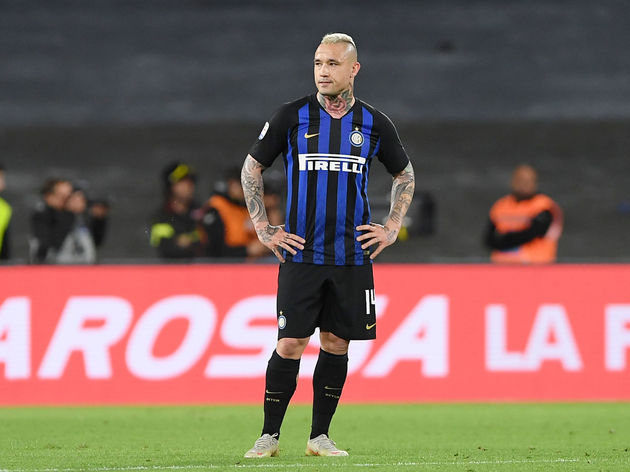 Unfortunately, the fight for a top four finish is now going to go down to the final day of the season as Inter were incredibly disappointing in this one. Napoli had the beating of them all over the park and, once the first goal went in, there was a sense that the Nerazzurri were never going to be able to drag themselves back into the contest.

Atalanta’s draw against Juventus means that Luciano Spalletti’s side drop down to fourth heading into the final game of the season against Empoli – who are fighting to remain in Serie A themselves.

It wasn’t a great performance – it may even be a stretch to say it was an average performance – but Skriniar deserves some credit for at least showing a bit of fight.

He has been Inter’s most consistent performer this season and his recent contract extension will come as a relief for any Inter supporters who were concerned that he could have been on his way out this summer.

Sell all your players, except Skriniar! @Inter

I really dislike this Inter team. I don’t feel anything for the players with very few exceptions like Skriniar and De Vrij. The rest of them could all leave and I’d be happy

The only players who care are Lautaro, and Skriniar. The rest are trash.

Napoli round off their season with a trip to face Bologna next Sunday, while Inter face off against relegation-threatened Empoli.