Be warned – the Nicolas Pepe transfer saga is a far-reaching mess, and if you didn’t believe that before, you will after reading this.

That’s because, according to a variety of reports, all of Arsenal, Napoli, Inter, Manchester United and Liverpool have reached an ‘agreement’ with Lille over the transfer of the 24-year-old starlet. 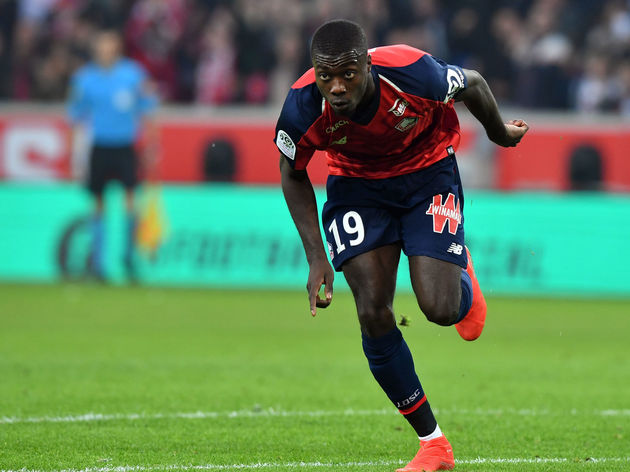 According to La Voix du Nord, this begins with a ‘global agreement’ (whatever that means) that Inter, United and Napoli all hold with the French side regarding the €80m-rated winger.

The Neapolitan links were particularly strong, seeing as the player’s representatives touched down in Naples on Thursday with the view of hashing out a deal. This was reported by all the major Italian publications, with Gianluca Di Marzio offering a subsequent update on how the talks went down.

According to Di Marzio, it is understood that the negotiations were somewhat fraught, with considerable ‘distance’ still remaining between the parties, owing to the extravagant demands of Pepe’s agent, as well as Pepe’s perceived hesitancy over joining the Serie A club in lieu of his other suitors.

Napoli boss Carlo Ancelotti on Nicolas Pépé: “I’ve met with Pépé’s agents. They were at our hotel… It is normal that we would meet to discuss eventual negotiations. It is pointless to hide it with his agents here: we are interested in Pépé.”

Partenopei boss Carlo Ancelotti then admitted: “I’ve met with Pépé’s agents. They were at our hotel… It is normal that we would meet to discuss eventual negotiations. It is pointless to hide it with his agents here: we are interested in Pépé.”

Then it was the turn of Le10 Sport, who ‘exclusively’ revealed that Arsenal and ?Napoli were the bonafide frontrunners in the race, with both entering into the ‘final stretch’ of negotiations.

There were even claims of an €80m offer from Unai Emery’s side, though, as Sports Witness sensibly mused, this may be hard to compute considering the Gunners’ famed transfer budget.

Indeed, the same could be said for Inter, who are struggling to stump up the cash for Romelu Lukaku as it is.

It was then the turn of CalcioNapoli24 to wade into the discussions, stating that Liverpool had also reached an ‘agreement in principle’ with the French outfit, with Napoli in the same boat alongside them as the favourites. Thankfully, they also shed further light on the situation regarding the agent, with his commission described as ‘decisive’ in any deal.

It is understood that the fee wanted by said representative is in the region of €5m, with Lille still standing firm over that €80m valuation.

See, I told you it was a mess. More to undoubtedly follow.