?Inter announced their travelling squad as they head to Asia for a pre-season tournament, with Mauro Icardi the biggest omission in Antonio Conte’s contingent.

Radja Nainggolan is a surprise inclusion after Nerazzurri director Beppe Marotta had previously released a statement claiming the Belgian midfielder and Icardi were no longer in the plans of their new Italian manager.

However, Nainggolan’s ?Inter career may not be finished quite yet as his name appeared in the list of players heading to Asia on Tuesday afternoon on the ?official Inter website. 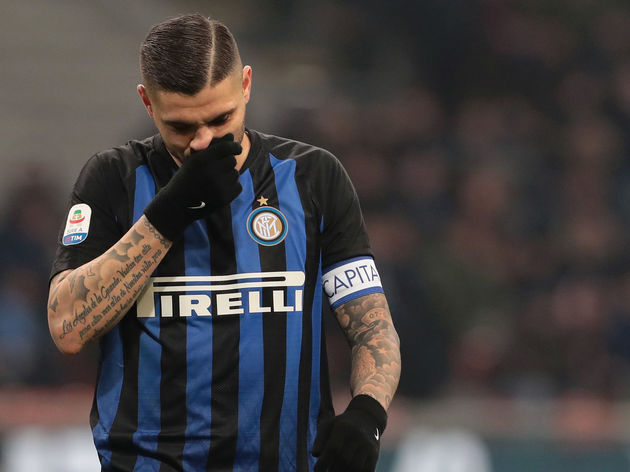 ?Icardi on the other hand, looks destined to leave San Siro this summer, as his position at the club has become untenable after a fallout during the previous season.

The Argentine spoke out against the club following contract negotiations, and his wife and agent Wanda Nara publicly criticized the Nerazzurri hierarchy for their treatment of her husband.

In retaliation, Icardi was stripped of the captaincy and was largely left out in the cold for the remainder of the season. His exclusion comes as no shock to supporters, who have grown tired of their striker’s behaviour. Nainggolan joins new signings Stefano Sensi and Nicolo Barella on the plane to Asia, as they will compete for a place in Conte’s starting midfield. Sensi was on the score sheet in Inter’s friendly against Lugano, following his move from Sassuolo this summer.

New centre back Diego Godin will join up with his Inter teammates over the next few days, as he returns from Copa América duty with Uruguay, along with his compatriot

Euro 2019 competition. The striker is on the verge of re-joining Inter, after completing a permanent move to Palermo in 2018.