Inter forward Romelu Lukaku has revealed Antonio Conte labelled him ‘rubbish’ in front of all his team mates in the aftermath of a Champions League fixture earlier in the season.

The former Manchester United striker, who joined Inter in the summer for a fee rising to €75m, has found himself in scintillating form since leaving England.

However, after Inter’s disappointing 1-1 draw against Slavia Prague in September – a game in which Lukaku failed to find the back of the net – the 26-year-old admitted Conte did not hold back in telling him exactly what he thought of his goalless performance. “I played very badly, and in front of the whole team in the dressing room, Conte told me that I was rubbish,” Lukaku explained to ?Sky Sports in a recent interview.

“He is honest, says things directly on the load, whether good or bad. He said that if I had that attitude again, I would be replaced after five minutes.”

It seemed Conte’s scathing review of his striker’s performance provoked a powerful response – ?Lukaku went onto net in the return leg against Prague, and added a further strike against ?Barcelona. Yet, Inter’s dropped points proved too costly to overturn, and were failed to progress to the knockout rounds of the Champions League.

With the club’s attention turned towards maintaining their Serie A title push, Lukaku has spearheaded the charge. He has struck 14 times in his 19 league starts thus far; an impressive return considering he’s been in Italy for just several months.

His manager, Conte, recently spoke his long-standing interest in the Belgian international, and his desire to improve him as a player. 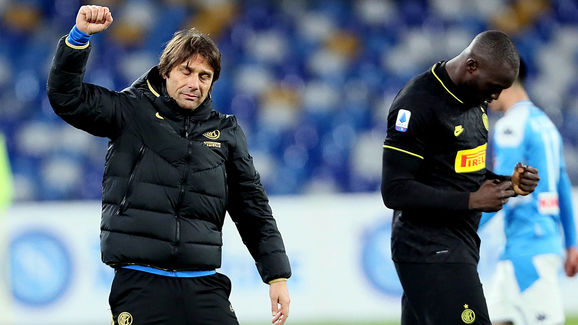 “I wanted Romelu very strongly when I was at Chelsea, even back at ?Juventus. I wanted him, now I can get to work on polishing the diamond,” Conte said, as quoted by the.

Lukaku is flourishing under the Italian’s guidance, and has expressed his gratitude working under his current head coach. “I am really happy with the way we are doing at the moment.”, before adding, “