Samir Handanovic was the hero as his late penalty save earned Inter a 1-1 draw with Champions League hopefuls Atalanta at San Siro.

I Nerazzurri broke the deadlock early on through the prolific Lautaro Martinez, as he capitalised on a defensive slip to lash the ball beyond goalkeeper Pierluigi Gollini.

It was almost two minutes later as Martinez again went close, but his effort was cleared off the line as the visitors struggled to get a foothold in the game. Romelu Lukaku was impressive in a first half display that saw Inter’s aggressive style of play push Atalanta onto the back foot, but there was disappointment as a second goal failed to materialise. 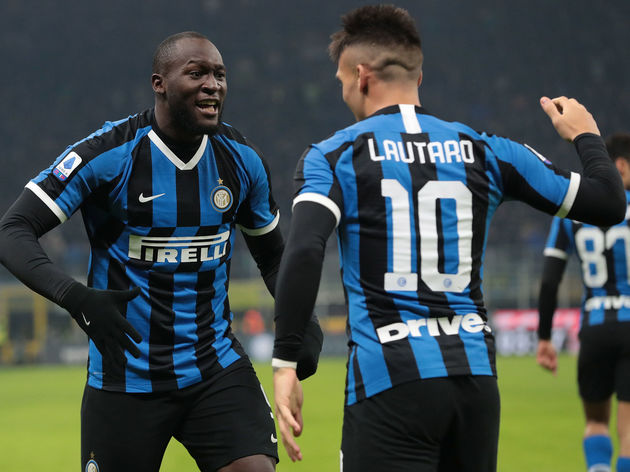 The visitors could – and perhaps should – have had a penalty when goalscorer Martinez seemingly tripped lead into half time.

Atalanta were much the stronger side in the second half, and almost levelled the game through a superb curling effort clip the outside of the Inter woodwork.

But their resilience and determination to get back into the game was rewarded with 15 minutes to go, when flicked the ball beyond Handanovic to set up a nervy ending to the game.

if anybody was going to win it, Atalanta were – and they came mightily close to edging ahead as

Alejandro Gomez crashed a powerful drive against the crossbar.

But their real chance came in the dying embers of the game, as Alessandro Bastoni was penalised for a foul in the box, giving Atalanta the chance to take all three points back to Bergamo. But Luis Muriel’s subsequent spot-kick was saved brilliantly by Handanovic, who parried the effort away low down to his right-hand side, snatching a valuable point for the league leaders.

The point puts Inter just ahead of Juventus at the top of Serie A, but La Vecchia Signora can return to the summit if they can beat Roma at the Stadio Olimpico on Sunday evening.