?Inter, Napoli and Roma are ready to come together to ensure that Mauro Icardi never plays for Juventus, and could involve the striker in a hectic merry-go-round.

With Antonio Conte adamant that he does not want Icardi at Inter, Juventus are thought to be one of the Argentine’s primary suitors, especially after they missed out on Romelu Lukaku. 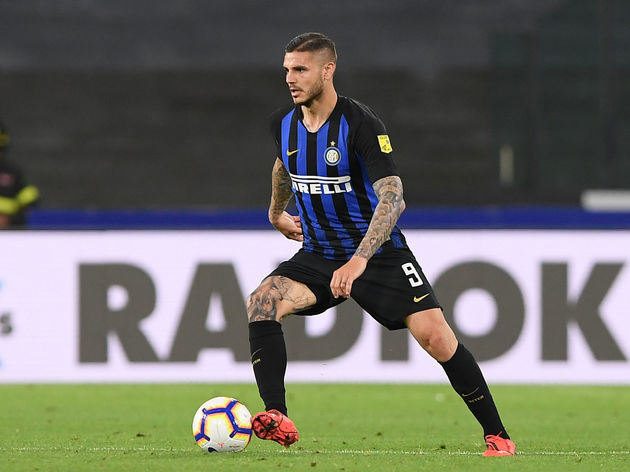 However, according to ?Corriere dello Sport, the three ?Serie A sides are ready to do whatever it takes to ensure that ?Icardi doesn’t end up with ?Juventus, as they don’t want to see their rivals become even stronger than they already are.

As a result, the ‘anti-Juventus alliance’ has been born. All three clubs are on the lookout for new strikers this summer, and they are said to have hatched a plan which would benefit everyone except Juventus.

Icardi could be sold to ?Napoli, who would then allow Arkadiusz Milik to join Roma. Once those deals are done, ?Inter would be free to sign Roma’s Edin Dzeko, ensuring that all three clubs are stronger as they push to end Juventus’ reign of dominance.

I Bianconeri have won eight consecutive Serie A titles, and the fear is that adding Icardi would make Juventus almost unbeatable in Italy.

To add to Inter’s determination not to strengthen Juventus, a separate report from ?Corriere dello Sport claims that, regardless of who Icardi is sold to, they will be made to agree to clause which would forbid them to sell the striker to Juventus after just one season.

Should they fail to sell Icardi to an Italian side, Inter could be forced to look elsewhere. ?Soccer Link state that Monaco are ready to join the race for his signature, having already informed his agent, Wanda Nara, of their desire to sign him.

Mauro Icardi has scored 10+ goals in all-but-one of his Serie A campaigns:

They have promised Icardi a long-term contract worth around €7m per year, but it is thought that the 26-year-old would prefer to remain in Italy, and specifically with Juventus.

It seems almost certain that Icardi will be sold this summer, although where he will end up is anyone’s guess. There appears to be serious interest from Napoli as part of this three-way swap, but Juventus don’t often accept defeat in the transfer market.