?Inter head to the Czech Republic on Wednesday night in the Champions League to take on Slavia Prague in what is a crucial game for Antonio Conte’s side.

Inter sit in third after a disappointing European campaign so far, but are just three points behind Borussia Dortmund in second. If they want to qualify for the knockout stages of Europe’s elite competition, they will have to take home the three points here. However, should Slavia Prague win, then they would replace the Italian side in third spot and be in pole position to get into the Europa League.

The Czech champions don’t have many injury concerns, but David Hovorka continues to be sidelined until at least June after rupturing his anterior cruciate ligament.?

?Inter on the other hand have a host of injury problems. Roberto Gagliardini, Stefano Sensi and Kwadwo Asamoah have been joined on the injury table by N ?Alexis Sanchez and Matteo Politano also continue to be injured, leaving the side with little cover up front. The Nerazzurri have only played Slavia Prague once before, which was the reverse fixture earlier this season.? The game finished 1-1 at San Siro, as a late Barrella goal snatched an undeserved point for Conte’s troops.

Slavia Prague have been in good form of late, especially in the league. However, that counts for nothing when it comes to Champions League football.

Inter are in a similar position to their opponents. They are in fantastic form in Serie A, but are struggling to pick up momentum in the Champions League. Something will have to change soon if they want to get to the knockout stages. 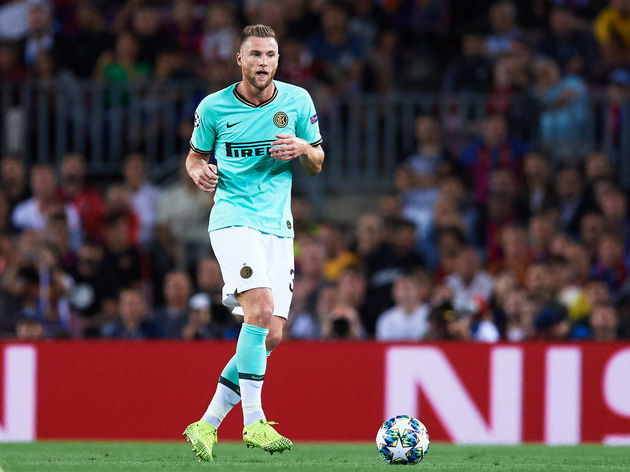 ?Despite the poor form of Inter in the Champions League, Conte will find a way to get a win here. They are desperate for the three points, and they should have too much quality for Slavia Prague. However, they will undoubtedly make it tough for Inter in what will be hostile conditions, and will be well up for the game.