It has been a season well and truly packed with transfer ridiculousness, and we are now on the cusp of a summer which promises to build on that, and blow every transfer record that has ever existed into pieces.

Depending on who you believe, as many as five major European clubs are overhauling their entire squads as a knee-jerk reaction to differing levels of success. This, as you should really expect at this stage, has sprouted no shortage of rumours and speculation, and very little of it takes any time to account for logic or reason.

So, with that in mind, there has never been a better time to bring the old Bulls**t-o-Meter out of the cupboard for the ?first time since January, and use it to make sense of a select few from the raft of ‘news’ that has come to fore over the last four weeks or so. Never, I say.

Fair warning: ?Manchester United are a recurring theme throughout, so we’ve made one or two adjustments to suit them. It’s hard to really pick a standout performer from the Ajax side who won the Eredivisie and went to the semi-finals of the Champions League, only to be kicked firmly in the nether region by Lucas Moura. Frenkie de Jong, Matthijs de Ligt and Dusan Tadic have all been worthy contenders, but no player has contributed to more goals than Moroccan playmaker Hakim Ziyech.

21 goals and 24 assists in all competitions has seen the 26-year-old linked with a cavalcade of clubs, and given that he is heavily reported to have a release clause of around £26m in his contract, it is looking near certain that he will move on this summer.

Who will win the race remains to be seen. ?Arsenal are a strong shout given his relatively low cost, while ?Bayern will throw money at him. ?Liverpool don’t seem as likely given they currently have every midfielder in the Premier League on their books, but you never know.

Likelihood of Summer Move: Through the Roof

Manchester United’s Chances: Probably not too bad if they want him The Crystal Palace right-back has had a stellar breakthrough season, but as we all know by now, the smaller clubs in the Premier League are not allowed to have nice things.

The South London club will likely hold out for an exorbitant fee for the latest success story from their youth academy, given that he is probably their best player not called Wilfried Zaha and is contracted for another couple of years, but you can’t help but feel the writing is on the wall over a summer move. Ajax’s baby-faced Goliath has been talked about as one of the up-and-coming defensive talents on the continent for a while now, but this season he has taken steps towards fulfilling his potential that few ever foresaw this early on in his career.

His performances, so worthy of the captain’s armband he wears at just 19 years old, have driven Ajax on to new heights, but unfortunately for them, the only whiff of bulls**t surrounding this one comes from some of the clubs who remain in the picture.

Liverpool have already ruled themselves out, and United are interested in him in the same way I’m interested in Scarlett Johansson, It’s been a rough 15 months or so for Philippe Coutinho. Once one of the Premier League’s most highly rated stars, the Brazilian cost Barcelona £142m last January, and he has only gone on to become a scapegoat for the teams shortcomings. I mean, they’re on course to finish the season with just the domestic double, and he’s only contributed the 11 goals and 5 assists to that.

You can’t blame him for wanting out, and it does seem as if Barca want to sell, so this seems some way from impossible, though the nature of any potential move will take some agreeing on.

Bizarrely, Chelsea have reportedly ?become the front-runners to offer him a Premier League return, so that could be an interesting story to follow. It most likely won’t be, but it could be.

Manchester United’s Chances: Absolutely none but still better than most of these, somehow A brand spanking new one here. Reports have emerged claiming that Antonio Conte, who looks a cert to take over at Inter in the foreseeable, will make Romelu Lukaku one of his first signings, and the club are prepared to offer ?€30m plus perennial Manchester United target Ivan Perisic

There are quite a few moving parts, however, and the story is still in its infancy, so it’s far from a given. Also, it would involve Inter spending money, so that is a problem in itself. This one is not dissimilar to the above. It’s a relatively new story, only coming to light since the end of the season, with the rumour being that Bayern are seeking a young, world class winger to inherit the legendary legacy left behind by Arjen Robben and Franck Ribery.

Just like Lukaku, it makes sense from the buying club’s perspective and it is similarly too early to call just how much might be in it. Where the two diverge, however, is that City don’t seem at all likely to be willing to sell.

With Bayern needing a squad rebuild, putting all their eggs in one basket with what would surely need to be a huge fee for Sane would perhaps not be wise. There is probably something in there somewhere about Real Madrid’s interest in Kylian Mbappe, who has netted 32 goals in 28 Ligue 1 games this season, but such is the overwhelming volume of reports surrounding their transfer business that it is difficult to believe most of them are founded.

There is also the small matter of the brain-melting fee PSG would demand for their services. They paid north of £100m for him two years ago (or one year ago technically) and he has since won a World Cup and scored 59 goals at club level, so it would surely take a fee that dwarves the current world record the Parisians spent on Neymar.

It’s Real Madrid we’re dealing with here, however. You can never rule it out. Bale has been linked with an exit from Real Madrid every summer since he signed for them back in 2013, and this year is unfortunately no different.

To be clear, we don’t doubt that he is actually likely to leave this time around, which is the only thing that stops him taking a place further down the list. What the meter detects, however, is that the actual stories that have arisen surrounding him this month carry probably carry no weight whatsoever.

The latest is that he is ‘certain’ to move to one of Tottenham or Liverpool. You know, Tottenham who are frequently linked to no avail just because they are Tottenham, and Liverpool who famously won’t be spending a lot of money this summer, and wouldn’t even have a place for Bale in their first XI. Do they even try at this point? 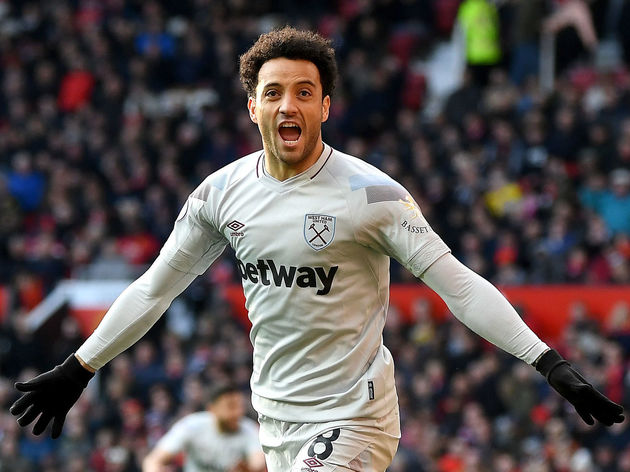 West Ham’s newest talisman enjoyed a solid first season in England, scoring ten goals in 40 appearances in all competitions, and has been linked fleetingly with Real Madrid and a little more heavily with Liverpool.

It is incredibly difficult to believe either of those sides is genuinely interested, however. Real have more exciting, established targets on their radar, and Liverpool as most outlets can’t seem to grasp, will not be spending big money this summer – certainly not on a guy who isn’t on the level of their first choice front three.

It seems likely both clubs have had scouts at a West Ham game at some point and rumours have spiralled from there, or whatever. But in any case, no. You were worried he wasn’t going to make the list, weren’t you? Well fear not. The day he actually leaves Juventus will be a sad day, for it will mark the end of a first ballot hall of fame Bulls**t-O-Meter career.

The Dybala rumour mill truly never fails to deliver. Speculation over his future at Juventus arises year after year, and at one time or another he’s been close to moves to Real Madrid, Barcelona, Bayern Munich, Liverpool and Manchester City depending on who you believe.

This time around, it’s United who get the treatment, and are reported to have ‘held talks’ over a deal I can confidently say will not happen. Unless it does, then I’ll look silly.