Or something like that. Anyway, here’s your latest rumour roundup: ?The above image is the exact reaction every single one of us transfer lovers have had to this definite bombshell. That’s right, Inter are in for ?Juventus starlet Moise Kean!!!!

According to reports from ?Corriere dello Sport, the Italy international is yet to sign a new contract with La Vecchia Signora, prompting Nerazzurri CEO Guiseppe Marotta, alongside sporting director Piero Ausilio, to swoop in for talks with his agent Mino Raiola. The super-agent was deeply influential in past deals for the Milanese club, including those for Mario Balotelli and Zlatan Ibrahimovic, but has not worked with them for some time.

It is understood Juve have been working on a new contract for the youngster for some time, though the allure of Mauro Icardi and Milan Skriniar could play in Inter’s favour. 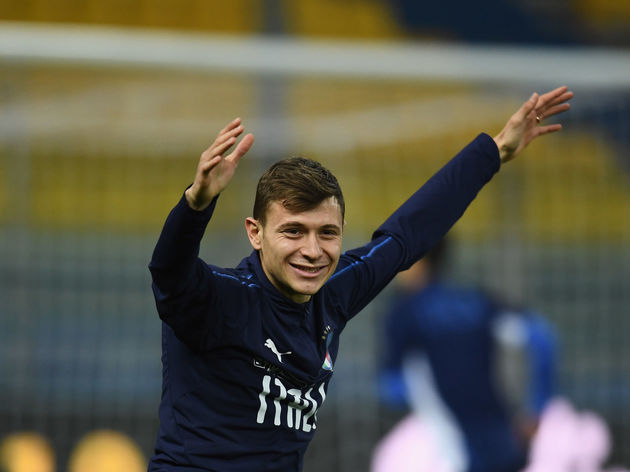 There’s nothing like a good old fashioned transfer shoot-out, and we’ve got a great one brewing between a linked-with-everyone ?Manchester United side and a might-all-be-in-vain-cause-FIFA ?Chelsea team.

That’s right! The Premier League pair look set to square off this summer, transfer ban-pending, over the signing of Cagliari wonderkid Nicolo Barella. What’s more, we have strong quotes to support this statement!

Speaking to Gazzetta Dello Sport, as relayed by ?Football Italia, Gianfranco Zola revealed how close the Blues were to signing the Italian in January, amid rumours of a follow-up bid.

“We were so close,” Zola explained. “He’s strong and Sarri has always liked him, but then things fell through. I gave Nicolo his debut at Parma in the Coppa Italia. At 17 he had the tools and character of the great player, but to play for a big club he must grow. His attitude isn’t lacking.”

Two can play at that game, though, and United called on esteemed agent Giovanni Branchini, who previously pushed Cristiano Ronaldo’s move from Sporting CP over the line. “Extraordinary player. He reminds me of Scholes,” Branchini proclaimed to Tuttosport, via Sport Witness, before adding for good measure: “And I think he can go to Manchester United.”

Luka Jovic Turns Down Barca Offer in Favour of Real ?Barcelona may well be odds-on for a historic treble this season, but that doesn’t mean they can’t still endure a few off-field Ls this summer.
And that starts with Luka Jovic who, according to Mundo Deportivo journalist Frances Aguilar on ?Twitter, is set to reject an offer from La Blaugrana to stay at Eintracht Frankfurt for one further season before moving to Camp Nou in favour of a switch to Real Madrid or Bayern Munich. Perhaps unsurprisingly, Jean Michael Seri does not like the sound of a season in the Championship with Fulham – he can’t even bare to look at it!

He is therefore desperately searching for a way out, which, according to the ?Daily Mail, is most likely to come in the form of Ligue 1 relegation stragglers AS Monaco.

The 2016/17 Ligue 1 champions, who remain just four points clear of the relegation zone themselves, are understood to be the most fervent of the Fulham flop’s admirers, and the Ivorian is keen – mainly because it means he wouldn’t have to travel to Luton next season. Youri Tielemans is apparently open to staying at ?Leicester City, following his highly successful loan spell with the Foxes, but is still considering his options in the face of strong interest from ?Tottenham and Manchester United.

It is understood that Spurs were offered the touted Belgian midfielder in January, but decided against making a move. He has also been on United’s wishlist for a while, according to Kristof Terreur on ?Twitter.

In fact, when probed on his future, the Belgian summed up the situation nicely, declaring: “We will see.” We will indeed. That’s the beauty of all this. Something has to happen. 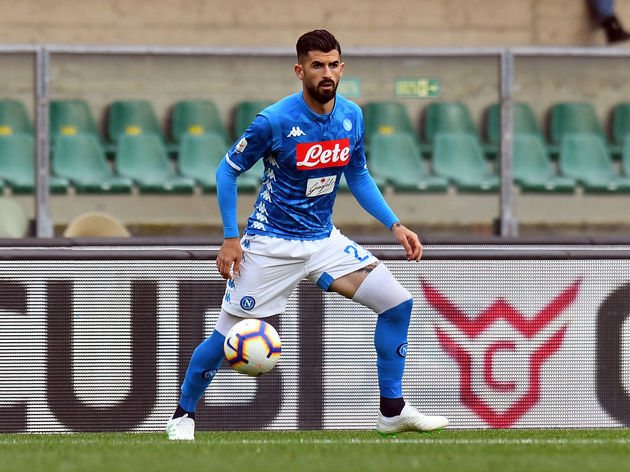 It’s no secret that ?Inter are on a frantic hunt for a full back this summer – we told you this on ?Tuesday! – and it now appears that a fresh name has been added to this burgeoning list: Napoli’s Elseid Hysaj.

According to Italian journalist ?Alfredo Pedulla, Nerazzurri boss Luciano Spalletti holds great respect for the Albanian right back, and the two parties have undergone talks this week in view of a potential summer switch. This comes despite Gli Azzurri’s ongoing attempts to tie the 25-year-old down to a new contract, with his current deal set to expire in June 2021.