?We’re in the home straight as far as the transfer window in England’s top two divisions is concerned, but we still have a few days left, while the rest of the continent has plenty of time to get some deals done.

What are we waiting for then? Let’s jump into Monday’s dose of rumoury goodness. New ?Newcastle manager Steve Bruce is reported to have decided against moving to bring Andy Carroll back to the club this summer, as the former Hull City manager admits there is no urgency to get any further signings in the door.

The Magpies have already added Joelinton and Allan Saint-Maximin to the squad to the tune of £55m, replacing the departing Salomon Rondon and Ayoze Perez, and the ?Mirror say that the return for Carroll that had been on the cards is now no longer under consideration.

This seems to be supported by Bruce’s comments on his new signings, as he said, via the ?Chronicle:

“We’ve spent a hell of a lot of money on two players, two quality players, which I think is the way forward rather than having six or eight. The way forward now, for me anyway, is quality and you can see a bit of quality in what we’ve brought in.”

Tottenham ‘Closing’ on Ryan Sessegnon With Josh Onomah to Be Offered ?Tottenham ‘closing in’ on a deal for Ryan Sessegnon? As if we haven’t been hearing this one all summer.

But no. It’s definitely close now. Definitely, say the ?Mail. This time it’s different,  because Spurs are to include academy graduate Josh Onomah in the £30m deal to bring him to north London.

It does seem highly unlikely that Sessegnon will stay at Fulham, and Spurs do seem like the side most likely to get a deal done. But it’s gone on for so long with so many different permutations that it would perhaps be wise not to believe it til you see it. ? reported to have ended their interest Some transfer sagas are exciting, some a bit banal, and most fall somewhere in between. The ongoing stand-off between Mauro Icardi and Inter can decidedly be placed on the far ‘please just end’ side of that spectrum, but now it looks as if it might not even roll on beyond the summer.

Breaking | RB Leipzig have rejected a €60m bid from Arsenal for Dayot Upamecano, according to Bild. 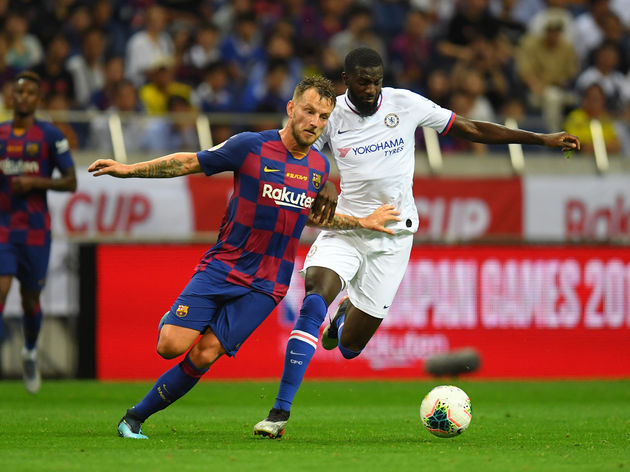 And to close things out with a good old bit of speculation, Turkish side Galatasaray are reported to be ‘exploring’ the possibility of a loan deal for Chelsea midfielder Tiemoue Bakayoko, with his £120,000 weekly wage proving the major stumbling point so far..

?Goal say that their interest comes after Frank Lampard has decided against keeping the former Monaco man around this season, with Jorginho, N’Golo Kante, Matteo Kovacic and more advanced options Mason Mount and Ross Barkley making up the core of his midfield for the season ahead – with Ruben Loftus-Cheek to return towards the end of the year.

An offer hasn’t yet been submitted, with Chelsea preferring a clean sale rather than a loan, but  there is no rush on negotiations over this one, with the Blues unable to sign a replacement regardless of if or when it goes through.